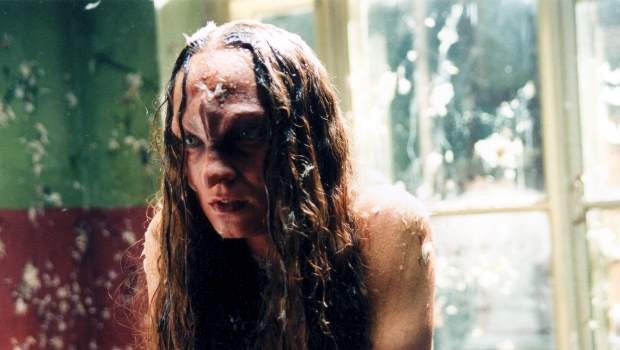 Summary: Quite frankly wipe the floor with anything produced by Hollywood, on a fraction of the budget

Based on the popular novel by Russian author Sergei Lukyanenko, ‘Night Watch’ is an extremely bold fantasy horror that sometimes labours a little too much under the weight of its considerable special effects, and director Timur Bekmambetov’s vivid and imaginative style, but which still delivers an engagingly downbeat and street smart approach to contemporary urban horror.

A lengthy, voiceover-heavy prologue recounts the dim and distant history of the last great battle between the forces of Light and Dark, a battle so evenly matched that neither side could win. Arriving at a form of truce, both sides agreed to set up forces to maintain the status quo – a ‘Night Watch’ to monitor evil, and a ‘Day Watch’ to monitor the forces of good.

Caught up in this Cold War between good and evil is Anton (Konstantin Khabensky), a jealous boyfriend who employs a witch to cast a spell that will murder his ex-lover’s unborn child. As activities like this go counter to the truce, the Night Watch intervene and arrest the witch, although Anton discovers that he possesses the gift of second sight, and can see them all perfectly. Recruited into the Night Watch, Anton spends the next ten years patrolling the borders between light and dark, a duty that has gradually turned him into a half-vampire. When he becomes involved in an attempt to rescue a young boy who will prove pivotal in the coming conflict between Light and Dark, Anton makes the shocking discovery that the boy is his own son, who survived his earlier attempt to kill him through magic.

The special effects in ‘Night Watch’ quite frankly wipe the floor with anything produced by Hollywood, on a fraction of the budget. Men who turn into big cats, owls that transform into feathered women, and vampires who can fade into nothing on a thought, ‘Night Watch’ demonstrates the extraordinary versatility of computer effects when they can be fitted seamlessly to the whole. But Lukyanenko is almost overwhelmed by them at points, and frequently it can be difficult to make out exactly what is going on, while the film lacks a decent pace and peters out towards the end. The approach to subtitles is superb however, with the English words frequently interacting with the visuals – appearing as wispy strands of blood that wash away in the water of a swimming pool at one point, or shattering into fragments at a moment of extreme stress. ‘Night Watch’ is very specifically the first part of a trilogy however, and as such should be judged on those terms. The universe revealed in this film is frightening and completely realised, and while there is dark talk that the filmmakers will sell out their Russian roots and film the next part in English, it should be seen as a great step forward for blockbuster Russian cinema on the world stage.