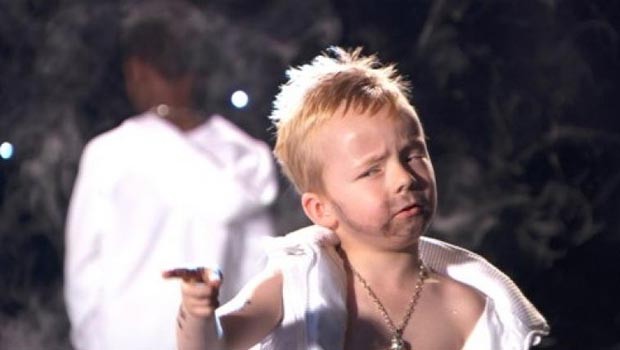 Summary: Personally I found it too sickly-sweet in comparison to the hilarious and cheese-free earlier scenes.

This is a very likeable film from Confetti director Debbie Isitt; a piece of festive fun that will genuinely keep the whole family entertained. Martin Freeman stars as Mr Maddens, a Scrooge-like primary teacher who is tasked with directing his school’s annual Nativity play, assisted by his childishly hyperactive classroom assistant Mr Poppy.

Finding himself backed into a corner by rival school Nativity director Mr Shakespeare, Maddens makes up a story that his ex-girlfriend (Ashley Jensen), now working in America and no longer in touch, is going to bring ‘Hollywood’ to Coventry to see his school’s show. Unfortunately the lie finds its way to Maddens’s understandably elated head teacher (Pam Ferris), and Maddens is forced to pull together a spectacular show while simultaneously trying to figure out how to break the news that no movie execs are going to be descending on the town any time soon.

While Freeman’s inevitable transition to Christmas-loving school show director is never in doubt, and we know from the start that things will all turn out fine in the end, the real charm of the film lies in the children, who are given plenty of screen-time as the story focuses on auditions and rehearsals for the show. Isitt’s improvisational style yields many funny scenes, as well as a few affectingly emotional moments between Mr Maddens and his pupils. The hilarious interactions between Freeman and the child actors are so effective, in fact, that the film noticeably loses pace whenever Isitt’s focus shifts to the far less exciting romantic subplot.

Fortunately the supporting cast overflows with comedy talent, and each one is given their moment to shine. Mark Wootton’s guileless Mr Poppy is a hilarious and all-too-real creation, while Jason Watkins steals every scene he appears in as private school prima donna Gordon Shakespeare (his school’s ‘daring’ take on the Nativity is one of the film’s funniest moments). Alan Carr as a sandwich-guzzling newspaper critic is less inspired, but still good for a few chuckles.

It is a shame that Isitt pushes the film into overly sentimental territory for the last 20 minutes. Personally I found it too sickly-sweet in comparison to the hilarious and cheese-free earlier scenes, although I suspect it might be just the kind of heart-warming send-off that many audience members will want.