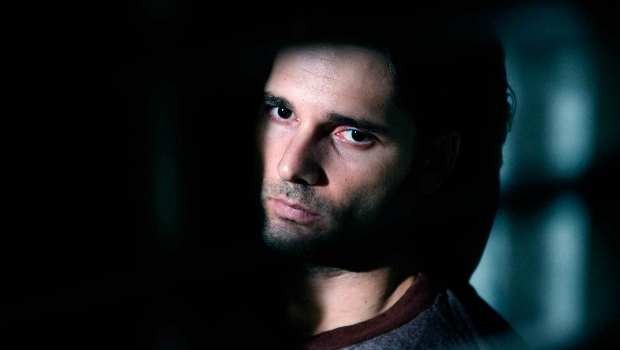 Summary: If you fancy seeing the world’s greatest living director take a giant leap from his safety zone, then it comes heartily recommended.

With Munich, Steven Spielberg has knowingly taken a giant leap from his safety zone and confronts one of the most intractable conflicts in the world at the moment. Using the murder of Israeli athletes in the 1972 Munich Olympics and the subsequent unofficial campaign to wipe-out all those involved in this ‘plot’ as his starting point, Spielberg attempts to convey the inherent futility of the Biblical concept of ‘an eye for an eye’, which is still a central tenant in the way many governments (and not just Israel’s) react to terrorist outrages carried out against their country and their people.

As such, although a lot has been made of the historical accuracy, or lack of, that runs through the film, Spielberg’s detractors are kind of missing the point. Apart from the fact that Munich, from the outset, indicates that it is inspired by real events rather than being an exact reproduction of them, the argument as to whether what is portrayed in the film actually happened, is a kind of irrelevant.

Certainly, the ‘counter-terrorist’ activities carried out by an unofficial Mossad (Israeli intelligence agency) team drives the narrative of the film, but you don’t get the feeling that Spielberg is hugely concerned with the intricacies of what actually happened; more that he uses it as a hook to hang the wider themes surrounding the concept of vengeance that lies at the heart of the film. In fact, had he not wanted to reintroduce into the public domain the murder of the Israeli athletes at the Munich Olympics (a wound which he believes continues to fester), it is not inconceivable that Spielberg could have used another period of history as a backdrop for his central concern – the appalling sacrifices caused by, and the ultimate futility inherent within, a personal or political policy of vengeance.

And this has really put peoples’ backs up. Because how can you portray the futility of vengeance without giving voice to both sides? If Spielberg had not tried to achieve a degree of political balance within Munich, the film would have simply ended up as a denunciation of either side – and there’s enough of that in the world already. All of which means that ‘anti-Israelis’ – those who perceive Israel as being an oppressive, racist, apartheid state – will be unhappy that the ‘heroes’ of Munich are Mossad agents, and ‘anti-Palestinians’ – those who consider Palestinian terrorism as being act of butcherous hatred – will be unhappy that the Palestinians in Munich are portrayed as anything other than monsters.

Because of this, people going to see Munich with an already-present prejudice will see what they want to see from the film and disregard the rest.

Anti-Zionists will, quite rightly, accuse the film of having a bias towards Israel. For starters, Spielberg does not shy away from the full horror of what happened at Munich and it is constantly referred to throughout the film. Additionally, the film makes no real attempt to contextualise the actions of the Palestinian terrorists, except through one brief speech.

But the most obvious sign of Munich’s bias is the fact that for the majority of its running time, the film follows the efforts of a group of Israeli agents as they attempt to assassinate those involved in the Munich plot. And anyone with a basic knowledge in film theory will acknowledge that in narrative cinema, an audience is manipulated into identifying with a film’s main protagonists. This can be disrupted if the protagonist is shown in a wholly negative light, but the heroes in Munich, for the most part, are not.

The Mossad team consist of its leader Avner, played by Eric Bana, who has a fairly good stab at looking and sounding like an Israeli; getaway driver Steve, played by Daniel Craig, who superbly portrays the no-nonsense, screw-you attitude of South African Jewry and has one of the best lines in the film – ‘don’t fuck with the Jews!’; nerdy bomb-maker Robert, played by Mathieu Kassovitz, who is the first person in the team who expresses serious doubts as to the morality of their actions and who, perhaps intentionally, looks a lot like a young Spielberg; Hans, a document expert played by Hanns Zischler; and finally Carl, the clean-up guy, played with incredible authenticity by Irish actor Ciaran Hinds, who is not only the most convincing Israeli but who pretty much steals the film from under the noses of his younger, more famous co-stars.

With Bana and Craig as the two leading characters, it should hardly come as a surprise that for the most part, Munich’s protagonists are shown in a wholly positive light. They are brave, determined, amusing and, most tellingly, Spielberg goes to great pains to show how conscious they are of not harming ‘innocents’ (particularly children) in their various assassination attempts.

As such, those in the audience who don’t like to witness any criticism of Israel will be pretty happy with the first two thirds of the film, which is basically a particularly well-directed and well-acted espionage thriller. However, there comes a turning point in the film, when Spielberg embarks down an unlikely and uncharacteristic path, which causes the focus of Munich to evolve into an unsettling one for all those Zionists in the audience. As Avner’s team become more and more embroiled in their activities, they find that for every killing they undertake, they are matched by those they are trying to destory. In fact, by wiping out the leadership of terrorist organisations, Avner and his team are simply helping to replace them with ever more zealous individuals.

The spiral of futile bloodshed gets to be too much for Robert, and in a pivotal speech, he begins to decry all that the team has done and asks what it has all been for. From here, the film takes on a different focus. Soon, not only do other members of the team begin to question the righteousness of what they have undertaken, but the team is also portrayed in a far less heroic light. This is particularly the case in a hugely unsettling scene, when the team assassinate an attractive female Dutch killer who has herself been paid to kill one of their own. This sequence, in which three men silently and ruthlessly murder a defenceless, semi-naked woman, throws off balance the audience’s desire to identify with the main protagonists, and challenges the validity of their motives.

Pro- or anti-Zionist, Munich is a film that will piss off anyone with a vested interest in the Israel-Palestine conflict, no matter where they stand on the divide. But what about those who’ve come along to watch Munich because it’s a Spielberg film? Are they still going to enjoy his latest effort?

Well, yes and no. Munich is undoubtedly well acted, well scripted, and brilliantly directed. Spielberg scores highly in all area of the film – the historical bits, the dramatic bits, the action bits, the romantic bits, and apart from the only dodgy scene in the film, most of the sex bits as well. It is, as you would expect, an incredibly polished product, that takes in hundreds of speaking parts, a considerable amount of locations, and which beautifully nails its 1970s setting. It contains some incredibly well executed sequences, and is, in general, a really good (if overlong) espionage thriller.

But how many people will want to go and see an espionage thriller with a challenging political message? How will fans, who love Spielberg for being the master of making audiences feel, react to what is arguably his first film that tries to make people think?

The problem with Munich is that it has the potential to annoy and frustrate those who consider it to be to pro-Israeli, those who have no time for Spielberg’s liberal Jewish guilt, and those who have no real interest in the message he’s trying to convey. But if you’re prepared to take this risk, like your films raw and gritty, and fancy seeing the world’s greatest living director take a giant leap from his safety zone, then it comes heartily recommended.