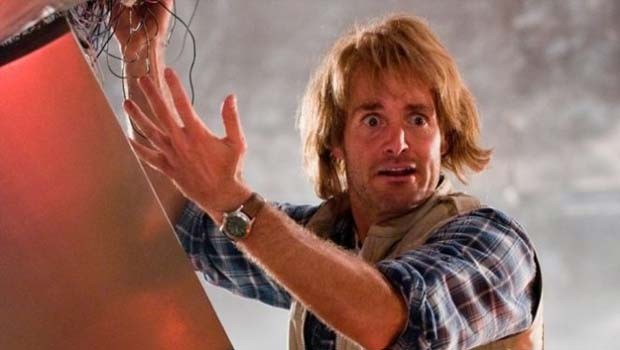 Summary: Forte is woefully out of his depth here and its unlikely we’ll be seeing his name high on a movie poster anytime soon.

The action television series of the 1980s were thrust back into the limelight with The A-Team remake this summer, a new version of a much-loved show. Here MacGyver is given a re-imaging, only this time the hit series about a mullet-haired man who makes gadgets to foil the bad guys out of whatever he finds around him is used a foundation for a Hot Shots style spoof of one-man-army action movies. Based on Will Forte’s Saturday Night Live character, this feature length version quickly outstays its welcome with uninspiring jokes and schoolboy humour.

Forte’s MacGruber has a lot in common with Charlie Sheen’s Topper Harley character from the Hot Shots! movies. He’s an American action hero who has earned the rank of Green Beret, Navy SEAL and Army Ranger, and the only operative to have been awarded 16 purple hearts, three Congressional Medals of Honor and seven presidential medals of bravery. But, just as he fails in style by committing a fashion faux pas of a prized mullet, MacGruber is also a clueless soldier of fortune who earned his honours by somehow having luck come his way while trying to create crime fighting weapons out of vegetables or tennis balls. His mishaps and inflated sense of self-esteem are supposed to be the fuel to cook up a stew of action movie clichés, but this spoof runs out of juice after the initial introduction of MacGruber as a man who needs to be persuaded out of “retirement” and back for “one last job”.

In the 10 years since his fiancée was killed, special op MacGruber has sworn off a life of fighting crime with his bare hands. Then he learns that his country needs him to find a nuclear warhead that’s been stolen by his sworn enemy, the cringe-worthily named Dieter Von Cunth (a very round Val Kilmer), MacGruber figures he’s the only one tough enough for the job. After assembling a crack team of operatives, and then blowing them up in spectacular fashion thanks to his mispacked C4, he turns to Lt. Dixon Piper (Ryan Phillippe) and Vicki St. Elmo (Kristen Wiig) to bring Cunth to justice.

Puerile, uneven and retreading well trodden spoof ground, MacGruber harkens back to a 1980s action hero and would have been better off released in the 1980s. We’ve seen far too many sub-standard spoof films in recent years, especially thanks to the various releases with the word “movies” tacked on to the end and sadly MacGruber is no better than those. The production values are better, but the quality of the jokes is about the same with Phillippe and Kilmer roped in for added embarrassment. Forte is woefully out of his depth here and its unlikely we’ll be seeing his name high on a movie poster anytime soon.