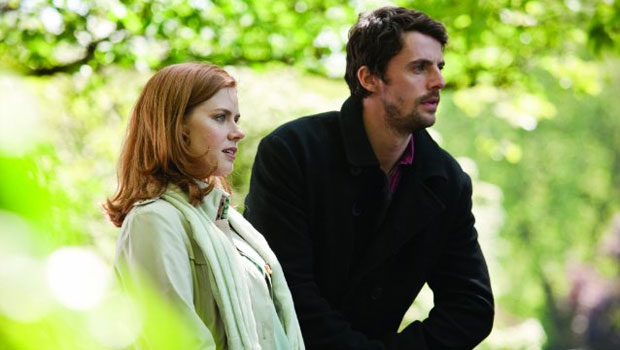 Summary: Tough to watch, yet the personal touch ensures it is rewarding at the conclusion.

Winner of the Camera D’Or prize for Best First Feature at last year’s Cannes, Leap Year is a aesthetically simplistic love story with deep psychological undertones and explicit sex. Yet, for all the rawness to the storytelling, Australian director Michael Rowe has crafted an ultimately warming tale despite its dark underbelly for his debut.

The confined space of a lonely woman’s apartment in Mexico forms the setting for Leap Year. There lives the middle-aged Laura (Del Carmen), whose solitary living sees the freelance journalist talk to family and friends on the phone or write her latest article her during the day, sometimes enviously spying out her apartment windows at neighbouring couples – at times pushing her into an emotional state. At night Laura goes out and regularly arrives home with a man, seemingly searching for love among members of the opposite sex in bars and clubs all too willing to return to her flat, but never keen to stay for longer than a quick romp in her bed. Often they leave while she’s asleep – or they think she’s sleeping – leaving her depressed and alone. Though she keeps in regular contact with friends and family, Laura is deeply sad and marks February 29th on her calendar with a red square, though it is unclear what she is counting down towards. Midway through the month one of her night time encounters leads a man named Arturo (Sánchez Parra) back to her flat and begins an increasingly sadistic sexual relationship that will dregde up the secrets of her past.

By never moving the action outside of Laura’s flat, though we see her leave and return, regularly, Rowe gives us a window into Laura’s life like a ghostly flatmate. Seeing her carry out domestic chores and work, he creates a personal response to Laura’s comings and goings, as well as the approach she takes in seeking satisfaction from her despondent life. Though the sex is ever-present throughout, it is predominantly a depressing experience for Laura as she can entice a man wanting to get laid, but she is tossed aside by daybreak. Her relationship with Arturo is a harsh one that seems like it may be the result of what has happened in her past with no way out, though you root for her to find some kind of clarity.

The plaudits for Leap Year are well deserved, both for the discipline Rowe shows in committing to a film that could easily have been passed off as a sex movie with little substance shot the wrong way. Praise must also be heaped on Del Carmen who shows great bravery in baring all and delivers a crucial central performance of a strong-willed woman trying desperately to escape her past. Tough to watch, yet the personal touch ensures it is rewarding at the conclusion.