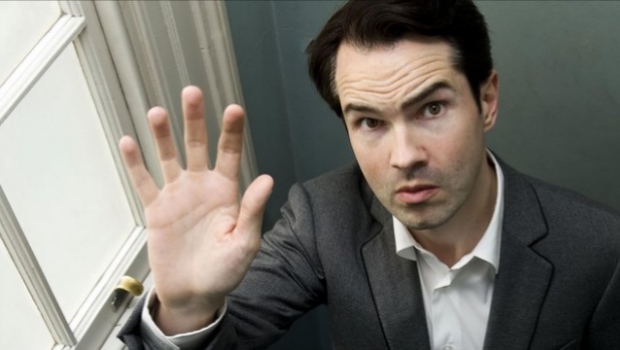 Summary: If you like Carr you will find this funny.

The quickfire style of Jimmy Carr continues to impress with his latest DVD – a now expected annual new release from the deadpan funnyman that you might think he’d struggle to fill with enough fresh material to make them a must-see even for fans. He’s still keen to shock with topics such as rape, the holocaust and even Princess Diana’s death while using the live arena to showcase too-rude-for-TV quips. For this live date recorded in Birmingham he adds a few additional elements including audience participation that shows a man still expanding his repertoire and keen to try something new.

One of these added segments is to invite someone onto the stage for a mock interview and the chance to play a trick on his unsuspecting guest and, though the gag isn’t all it’s cracked up to be, Carr gets the chance to show his personable side along with his abilities to poke fun using his quick and inventive wit. Indeed, an invitation to be challenged with heckles proves he can think on his feet too – something regular viewers of his shows will know already. He does his usual segments of adding images to two rounds of one-liners between the regular stand up but it is with another section fans get to see something very different.

For a good 15 minutes Carr goes on a journey around the UK to put on regional accents using a common frame. Carr isn’t known for impressions, yet he gets the accents right to the joy of the audience who also get the chance to join in, and you may well do at home too. Carr reverts back to his shock tactics towards the end of the performance but Being Funny suggests Carr should continue to explore how he can evolve his act and maintain his position as a top, ever-reliable comedian.

EXTRAS
The Nasty Show 09/10 and Just For Laughs excerpts.