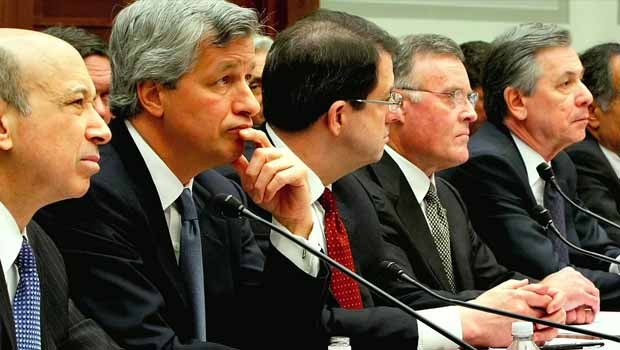 Summary: This is a vital insight into what really happened when the bankers got greedy.

If you’ve been looking for an insight into how the global financial crisis happened and who’s at fault for wiping 20 trillion dollars off the world economy but want it told in terms that don’t put your head in a spin, Inside Job offers a concise history in a documentary that speaks to everyone and knows exactly who’s to blame. Producer, writer and director Charles Ferguson, with the help of narrator Matt Damon and top bods from the financial world who gave interviews, won an Oscar and a whole host of other awards for this revealing expose of the people who deregulated the American financial markets, encouraged high risk investments and eventually caused a meltdown that would be felt throughout the world. It’s an explanation that is much-needed but you don’t need a degree in economics to understand every minute of Ferguson’s evidence and he’s bagged prized interviews with some of the worst offenders who are left speechless by his ruthless line of questioning with some answers that send a chill down your spine.

Trying to explain the complex nature of American subprime mortgages and the way lenders, banks and investors manipulated the markets in their favour to earn billions was never going to be easy so Ferguson kicks off Inside Job by looking at a far simpler economy which collapsed under similar conditions on a smaller scale. In the opening ten minutes Ferguson adeptly dissects what happened in Iceland: how its three banks were privatised, started lending money they didn’t have and eventually hit problems when they needed to cover a debt ten times more than the annual gross domestic product of Iceland. Shocking in itself, this cautionary tale leads neatly into a setting the scene for America’s economic crash.

Ferguson outlines the key players of the American financial markets including the institutions, lenders, advisers and how they fit together. We see the way the money used to be make by each and how the government’s deregulation opened the doors for riskier strategies to the point bankers could make millions despite knowing that they were effectively driving a car with no brakes into a brick wall that would eventually appear with little warning in 2008. Though any financial expert might be able to take you through a detailed history and mathematical modelling of why the collapse happened, Ferguson does it with gusto, squaring up to a few of the many who helped cause the problems and making a compelling case for how very little has changed in the aftermath.

Using face-to-face interviews, news footage, documentation and a clear understanding of the questions that need to be addressed, Ferguson sets out the piece of the puzzle that will have been playing on everyone’s mind since the Lehman Brothers went bankrupt and we saw the world plunged in to chaos. It’s all broken down with easy-to-follow analogies and diagrams so even those adverse to complicated financial modelling will be able to follow the narrative and be left shocked by the situation in America now. While it only briefly touches on any happenings in the UK, this is a vital insight into what really happened when the bankers got greedy.