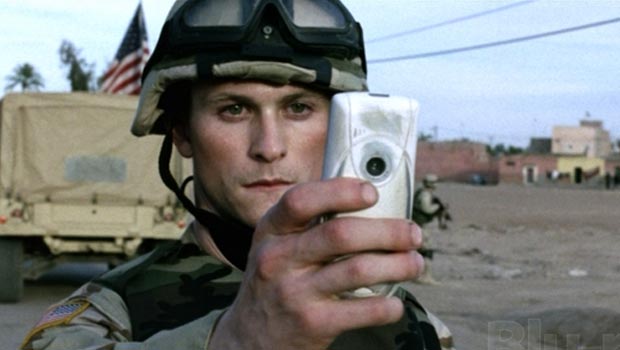 In The Valley Of Elah Review

Summary: In The Valley Of Elah is a powerful, challenging, and at times painful to watch film from the liberal pen of Paul Haggis, and is his follow up to the Academy Award winning Crash.

It’s the phone call every parent dreads: ‘Your son is missing.’ But when former Military Policeman Hank Deerfield (Lee Jones) and his wife Joan (Sarandon) get the call, Hank sets off to search for his boy Mike, AWOL after his first weekend back in the US after serving in Iraq. He enlists police detective Emily Sanders (Theron) to help in his search and she does so, initially not that interested in being fobbed off with another missing person’s case by her sexist colleagues.

But as the evidence grows, Sanders finds herself in a fight with the military brass, and it becomes clear that there is some sort of cover up going on, the missing person case begins to look more and more like foul play. And when the truth about what Mike did in Iraq finally emerges, Hank’s entire view of the world is altered.

In The Valley Of Elah is a powerful, challenging, and at times painful to watch film from the liberal pen of Paul Haggis, and is his follow up to the Academy Award winning Crash. It features outstanding performances from its leads – Charlize Theron almost unrecognisable as the struggling single mother, and Tommy Lee Jones, a sad old man, carefully polishing his shoes and making his motel bed, just as he was taught, so that a coin will bounce off the sheets.

Nonetheless, Hank isn’t without resources of his own. He finds Mike’s mobile phone, containing corrupted video files from his time in Iraq; convinced these are the key to the mystery, he tracks down a helpful geek to restore them. He uses his laptop to hack into Mike’s bank account, and is generally pretty tech-savvy for an old timer, and it’s a clever way to inject a modern note into the tried and tested format of a police procedural drama.

The Valley Of Elah, in case you were wondering, is where David fought Goliath, and comes from a moment in the film where Hank, clearly unhappy, reads a bedtime story to Emily’s son. The symbolism is writ large: the American troops will all have heard the story of David and Goliath; they imagine themselves the heroic Davids, slaying monsters, but to the rest of the world they are in fact the monsters, the bullying, inhuman Goliaths. That war makes monsters of us all cannot be doubted; it’s the basic principle of the dehumanising, the demonisation of the enemy – Gooks, towelheads, Huns, RossBiffs – it goes back hundreds of years – but when the film attempts to make the argument that, under other circumstances, these men would be decent human beings, I’m not sure that it entirely succeeds.

What it does convey is the genuine pressure and very real terror of moving through occupied territory, where everything is potentially a trap, and everyone potentially an enemy, all shot in jerky black and white, ostensibly on a mobile phone. The grief and confusion of a patriotic family who have made the ultimate sacrifice, and then ask themselves what it was all about. About as direct an attack on US foreign policy as is feasible in these times, the film ends with a shot of the stars and stripes. Whether or not it will win Oscars, it’s a call to arms of a different kind.