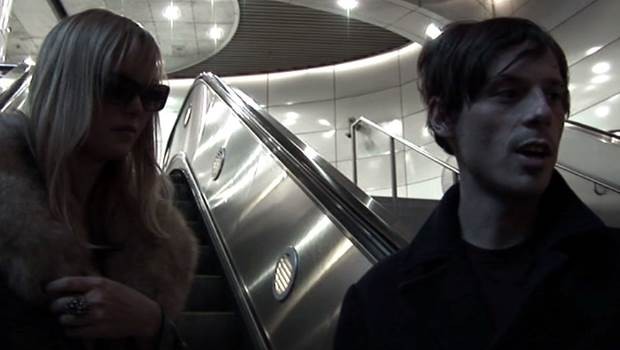 In Search of a Midnight Kiss Review

Summary: Filmed in grainy black and white with hip dialogue, it is essentially a grand love story.

Midnight Kiss begins like a nice enough slacker comedy by a woe as me scriptwriter down on his luck in the cinematic city of dreams, but ends as a triumphant American love story.

A year’s bad luck crescendos on New Years Eve for our anti-hero Wilson as we find him tossing off to a photo-shopped nude picture of his best/flat mate’s girlfriend on New Year’s Eve, officially the loneliest day of the year if you’re single, especially if you’re an LA wannabe. So we safely assume things are not on the up and up for our man who’s moved out to Hollywood from Texas, rolling his car on the way, with a few good short films in the bag and the promise of an accepted film script, only to find himself wallowing in a self-loathing limbo.

The irony being however that this poor dreamers film is now being watched on the other side of the world by a fairly captivated audience, so I suppose life isn’t all that bad. Well done mate you’ve turned a bad patch into the beginnings of an oeuvre. There seems to be a trend for autobiographical scriptwriter sob stories detailing their under appreciation, fragile artistic psyche or debut film slog.

Take Writer/Director Harris Goldberg’s Numb starring Matthew Perry about a mediocre scriptwriter who suffers depersonalisation disorder, a media land syndrome if ever I heard one. Even successful scriptwriters get the urge to unload their despair on us. Is Charlie Kaufman with Adaptation trying to get the world to laugh with or sympathise for him? Then there’s Living in Oblivion, which depicts the personal nightmare, darling, of making a low budget film in Hollywood. Whatever, it’s hard to feel sorry for a scriptwriter whose film you’re watching and thankfully you don’t while watching Midnight Kiss.

Filmed in grainy black and white with hip dialogue, it is essentially a grand love story. Wilson resigns to spend NYE at home sulking, until with faux reluctance he posts a message as ‘the misanthrope’ onto the dating site Craig’s List. He meets his ‘misanthropee’, another young wannabe starlet who’d upped sticks from duldrums America with her cheating cowboy fella who she’s looking to forget in a night of wistful fatefulness.

They meander through LA, a city in repose before the NYE storm, like a couple of lost broken souls locking antlers in an attempt to remain cool and unimpressed by one another. At first they’re both a little annoying, he like a moody teen and she a petulant jabberer, but as they melt a little and drop their guards, so do we. There’s some dime store philosophising on, like, life and love and stuff, which can normally grate, but fortunately is perfect here, as it highlights their vulnerability, besides a good love story should be filled with no great philosophy other than love itself. Love should be centre stage, man, groovy.

The two characters never outshine the encounter, which for me is beautifully directed and with LA crackling alluringly all around, could be a ménage a trois. Midnight Kiss forces reminiscence about chance encounters, roaming sleepless cities, neon mornings and a girl you loved for a few hours. You don’t notice anyone else in the cinema the whole time, but as you leave girls smile at you.