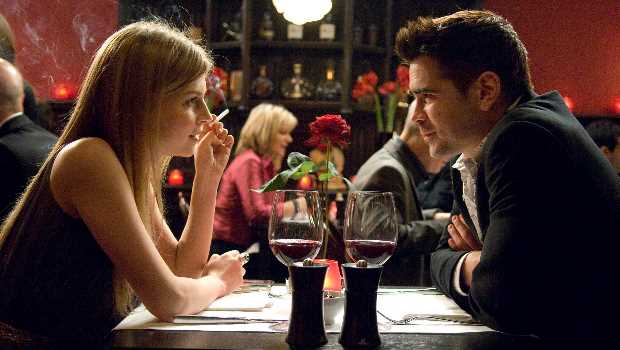 Summary: Funny and touching; subtle whilst incredulous, any which way – it's clever, endearing and lots of fun.

Suffering from guilt pangs after a job gone wrong, Ray (Farrell) finds himself in Bruges with fellow hitman Ken (Gleeson). A sprightly Irish jock, he can’t for the life of him work out why the hell they’re in Bruges. After all, he’s a guy from rocking Dublin, not a retard living on a farm in the middle of nowhere (his words, somewhat to that effect).

Ken appreciates art, culture and the medieval preserve that Belgium has to offer, Ray simply wants some action. They’re out of sight and waiting for instructions from Harry (Fiennes) in London, much to Ray’s chagrin. He’s their anally retentive OCD boss that doesn’t like to hear any opinion other than his own and flies off the handle at any construed dissent.

Ray has an inexplicable fascination for ‘midgets’ (akin to my sibling’s mate Tom…) and much to his delight there’s a European film being shot in town, featuring one. Here he also meets the hottest thing in Bruges… A few drinks and lines later we have rancid hookers, apocalyptic discussions, racist dwarves and some serious conflict of interest.

In its’ outer shell this is a comedy, but there are some darker twists and turns giving it further depth; keeping you thinking and very much engaged. The dialogue is crackling and f and c words are used to astonishingly inspired effect… Director McDonagh is oft compared to David Mamet for his screenwriting skill, to which I’d say undoubtedly he’s come a long way since his early days at the BBC, but Mamet!?? A little while yet matey…

An auspicious beginning if this and a previous Oscar are anything to go by; it’s simply a cracking feature debut. It’s well-written, fluidly paced and will have you laughing out loud at it’s audacity and bare-faced cheek. Farrell plays tortured and comic with equal conviction as the hitman with a crisis of conscience. He gives one of his best performances here and is simply great, as is Gleeson as his foil and with Fiennes doing a Ben Kingsley a la ‘Sexy Beast’. He doesn’t quite nail the psychopath bit like the latter, but pummels away nevertheless.

This is funny and touching; subtle whilst incredulous, any which way – it’s clever, endearing and lots of fun. Check it out, you’ll be chuckling into your Häagen-Dazs.