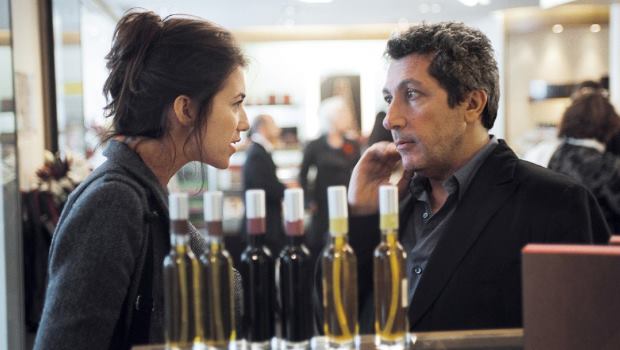 I Do (Prete-moi ta main) Review

Summary: Luis is thoroughly irritating and doesn’t deserve to marry anyone, though the Paris setting and family atmosphere lend it a superficial charm.

Luis (Chabat) is a very happily single only son in a family of controlling women – babied his whole life, he enjoys the attention and sees no need to change his marital status. But his mother and six sisters have very different ideas; bored with taking care of him, and determined that Luis must continue the family name, they bully him into going on a series of blind dates. In desperation, Luis turns to Emma (Gainsbourg), the little sister of his best friend Pierre-Yves (Oestermann), and persuades her to pose as his fiancée. His ill-thought-out plan involves Emma leaving him at the altar; once his heart has been broken, he reasons, his family will get off his back forever. Naturally Luis and Emma cordially dislike each other, and you can see where this is going, can’t you?

This is the sort of stupid scheme that’s bound to go wrong, even without interference from Cupid. It’s like all those high-school movies where the jock makes a bet about the ugly duckling and then has to eat crow when he falls for her and she founds out and he has to humiliate himself in front of his jock friends in order to win her back. When Emma disappears, aren’t things going to be a little bit awkward for Pierre-Yves? Plot follies aside (this is a romantic comedy after all), Luis is thoroughly irritating and doesn’t deserve to marry anyone, though the Paris setting and family atmosphere lend it a superficial charm. Poor.