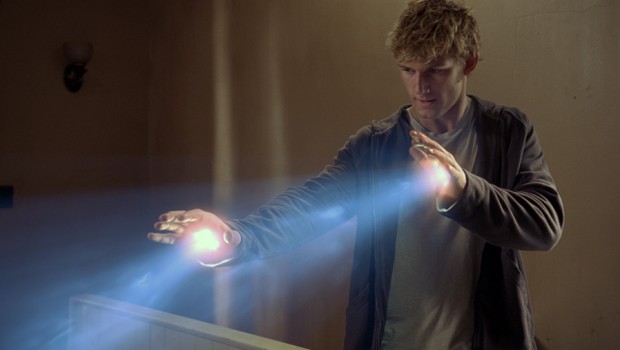 I Am Number Four Review

Summary: But on its own terms, it’s a tense, taut thrill ride; a very enjoyable guilty pleasure.

A few years ago, child actor Alex Pettyfer was tipped for stardom when he landed the lead role in Stormbreaker, the first of a projected franchise of Alex Rider films. When the film failed to set the box office alight, Pettyfer disappeared. Minor roles in British films like Tormented seemed to indicate that he was destined for a career somewhat less stellar than originally planned. But now he’s back with two lead roles; updating Beauty and the Beast in Beastly, and here, as John Smith in I Am Number Four. Pettyfer is ‘John Smith’, a seemingly typical American teen who we first meet at a Florida beach party, flirting with girls and going for a midnight swim. But when strange marks on his legs begin glowing, freaking his classmates out, he goes home to his guardian, Henri (Olyphant), who tells him they have to move on.

So far, so mysterious, especially when Henri torches their beach hut. They move to Paradise, Ohio, where John enrols at the local high school with strict instructions from Henri to keep a low profile. Being both good looking and athletic though, he immediately attracts the attention of photographer and outsider Sarah (Agron), and school nerd Sam (McAuliffe), who has his own reasons for being interested in John. John and Sarah begin dating, arousing the jealousy of her ex-boyfriend, bully and football star Mark (Jake Abel). But the emotions aroused by his relationship with Sarah have another effect on John – he starts to develop peculiar abilities. Like glowing hands. And telekinesis. And we realise why Henri was so desperate to keep John’s identity a secret; they might look human, but they are actually aliens; the last survivors of the planet Lorien, destroyed by the evil Mogadorians, who are here on earth to find and kill the nine children who managed to escape…

It goes without saying, if you have read this far, that I Am Number Four is very silly. But that’s not to say its not enjoyable; in these depressing days there’s room for a bit of silly every now and then, and I Am Number Four is a real guilty pleasure. It will appeal to teenagers in particular; all the classic ideas of being ‘special’ and ‘misunderstood’; the super powers as metaphors for puberty and, frankly, the hot young cast. There’s Pettyfer of course and Glee’s Dianna Agron, but also Teresa Palmer as Number Six (we never find out what happened to Five), who is a butt-kicking martial arts expert with the ability to teleport. It’s no coincidence that the script was written by Marti Noxon, a veteran of Buffy The Vampire Slayer; much like Buffy the extraordinary world of the Loriens is juxtaposed with the mundane reality of school. John’s struggles are as much to fit in to a new school and find his feet as they are to deal with his emerging ‘legacies’ and his special destiny.

It’s not a film that stands up to much scrutiny – if the Mogadorians cheerfully travel from planet to planet, destroying entire world, why don’t they just destroy Earth and take the Nine as collatoral damage? (Of course, then there wouldn’t be a movie, which is probably the answer.) But on its own terms, it’s a tense, taut thrill ride; a very enjoyable guilty pleasure.