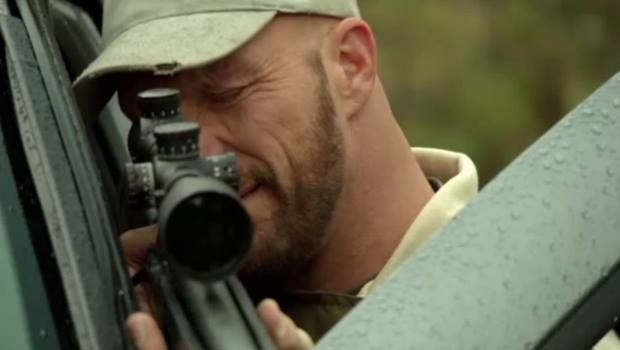 Summary: There’s nothing much to see here unless you’re an ardent Stone Cold fan.

“Stone Cold” Steve Austin’s attempts to follow in the footsteps of fellow wrestlers Hulk Hogan and Dwayne “The Rock” Johnson into movies has been met with lukewarm success. After a straight-to-video release with The Condemned in which he ran around a desolate landscape beating people up, he was lucky enough to be plucked to star opposite Sylvester Stallone in his action hero superflick The Expendables. But while that film gained huge press thanks to the presence of Jason Statham, Jet Li, Arnold Schwarzenegger and Bruce Willis, in Hunt to Kill he just gets a brief cameo with fellow Expendables villain Eric Roberts and another of its second-string actors in the form of Gary Daniels for company as he tries to take over the mantle of hero all by himself. It’s an admirable attempt by this aging wrestler to stretch out his career, though he’s not going to be winning any new fans as he once again finds himself in a desolate landscape brawling with foes.

Jim Rhodes (Austin) is a hardened Border Patrol Agent – his skill as a survivalist allows him to quickly negotiate terrain that would destroy the average man. He’s been in his fair share of scraps but, when Jim’s teenage daughter (Avgeropoulos) is kidnapped, he’s forced to lead a band of ruthless killers into the wilderness to retrieve their share of a missing heist score. Jim’s survival skills are needed to outsmart the kidnappers, though not before he’s forced to watch his daughter and his pride damaged by their taunts.

Hunt to Kill might have been more enjoyable if Austin was given more freedom to battle his enemies: in The Expendables Stallone wasted no time wasting the enemies, yet for Hunt to Kill we have to wait until almost the end of the move to see Austin in action – and that must be the reason he’s given the lead role, to beat people up. Until then, it’s a laboured trawl through a series of verbal slagging matches as Jim and chief villain Banks (Bellows) argue at each other with a few threats to Jim’s daughter along the way just to make things interesting. Why Jim and the robbers end up in the woods and where they are trying to get to become inconsequential as the film drags on until Austin finally starts to lay the smackdown. He does so with willing, however he’s got as much speed as Steven Segal and all the finesse of a sack of potatoes. There’s nothing much to see here unless you’re an ardent Stone Cold fan.