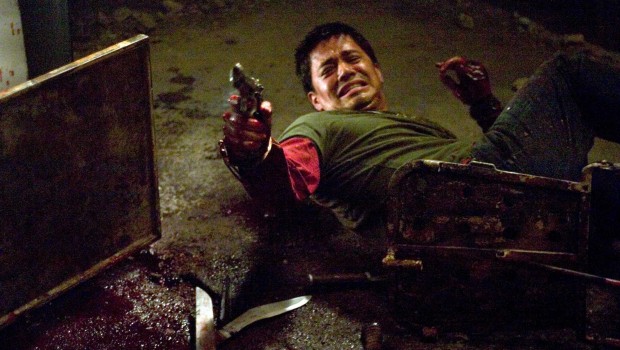 Summary: Roth’s film won’t leave you scarred for life. But as Cabin Fever showed, he’s a confident director with a dash of originality and a good sense of fun.

You get the feeling that Eli Roth could be destined for a life in politics, so impressive are his talents at self-publicity. For his follow up to Cabin Fever, the horror director managed to set tongues wagging long before hand that Hostel would be just about the sickest movie ever made. He even managed to rope in some impressive names to boost the picture’s prestige – Quentin Tarantino gets Executive Producer credit, while there’s a cameo from Audition and Ichi the Killer director Takashi Miike.

Inevitably once Hostel hit cinema screens it proved to be something of a let down. While there are plenty of nasty sequences to gleefully recall in the pub afterwards, it never becomes the all-out splatter-fest that it could have been. Certainly there’s nothing to match the sight of Audition’s writhing body in the sack. But if horror fans are prepared to lower their expectations slightly, there’s still much to enjoy in Hostel.

An unsubtle satire on sex-obsessed tourists, the film sees three backpackers eagerly informed about a Slovakian hostel that’s apparently filled to the brim of free and easy girls. On arrival, the trio find that the stories appear to be true when they comes across a couple of half-naked girls in their dorm. The inevitable downside of all this is that the hostel is a front for an organisation that kidnaps backpackers and where a different kind of tourist is invited to gorge themselves on torture and murder.

The opening minutes set in the squalid hostel dungeons, with its dripping water, sharp instruments scraping along rusty surfaces and the humming torturer, set up a disturbing tone that the film has trouble sustaining. The first half of the movie is mostly filled with jokey banter, drinking and topless girls, and is important in setting up a vague sense of sympathy for these guys. Yet there’s never the sense of impending doom that imbued Wolf Creek with such menace. Roth could also have done with giving viewers a bit more time in the hostel itself, although when it does come the gore is laid pretty thick – thick enough, at times, to make the film more amusing than terrifying.

Roth’s film won’t leave you scarred for life. But as Cabin Fever showed, he’s a confident director with a dash of originality and a good sense of fun, and Hostel at least never feels as tame or generic as many of the latest Hollywood nu-horror movies. We’ll have to wait until his next picture to see if he’s capable of putting together a truly great horror though.

There’s a wealth of commentaries from Eli Roth, Quentin Tarantino and AintItCoolNews.com’s Harry Knowles, plus a behind the scenes feature. The ‘Unseen Edition’ also has additional footage not seen at cinemas.