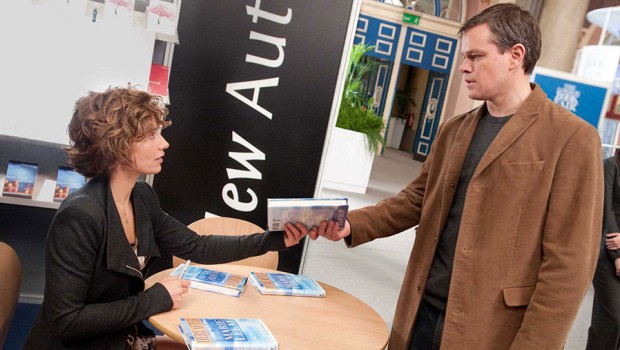 Summary: All in all, a disappointment from Mr Eastwood.

What happens when we die is one of The Great Questions. After all, its quite weird that one minute a person can be walking around, laughing and full of life and next minute, not. Where the person goes, when they leave the bag of skin and bone that has been their home, has puzzled humanity since we first came down from the trees and started walking on all fours. And now its the subject of director Clint Eastwood and writer Peter Morgan’s new film.

We open on a tropical island, where Marie (de France) is holidaying with her boyfriend Didier (Thierry Neuvic). We soon learn that Didier is feckless and lazy, as Marie goes shopping for presents for his children; while she is out shopping in a street market the island is hit by a tsunami in which Marie is killed. Her body is found, and she is revived in time, but when she and Didier return to Paris and their high profile jobs in television she realises that the experience has affected her more than she could have imagined. Taking a leave of absence from work, she begins to use her skills as a journalist to write a book about her experience, and that of others who have died and been bought back.

In London, twin brothers Marcus (Mclaren) and Jason (Mclaren) are dealing with all the usual problems that face kids today; getting their homework done, bullying at school, a mum on drugs and some unusually persistent social workers. But as long as they have each other, they can cope. So when Marcus, the more outgoing twin, is killed in an accident, Jason struggles. Desperate to communicate with Marcus, he begins to contact psychics. Amid the usual charlatans and conmen, he finds an old website, which leads him to George (Damon), the real thing.

George was very ill as a child, and since then has been able to communicate with the dead. With his brother (Mohr) as business manager, he was a very successful psychic, but the strain was too much and he now works in a factory. George’s ‘gift’, which he sees as more of a curse, means he leads a very lonely life. Physical contact with other people is almost impossible, as it somehow enhances his abilities. Nevertheless, he is desperate to live some sort of normal life, and decides to take an evening class in order to meet people; Melanie (Howard) is there for the same reason and the two are immediately attracted to each other, until once again George’s powers get in the way. Unlucky in love, when George is made redundant, he decides to take off and see the world…

The question of life after death is such a powerfully compelling one that its difficult to resist the pull of Hereafter. Imagine if dead relatives really could communicate with their loved ones, could look out for us, like spectral fairy godmothers, could apologise, explain, seek forgiveness? Surely there must be something in all the stories of near-death experiences? Its a cosy, consoling myth that the film presents. No Indian burial grounds here – the dead mean us no harm; if anything, they are our guiding lights and guardian angels. Wouldn’t that be nice?

Clint Eastwood seems like a nice man, and Hereafter reflects that. His vision of death – all cliched glowy figures and white lights – is not tied into any particular religion but reflects a kind of warmly fuzzy humanism that embraces the comfort of religion’s promise that death is not the end, while carefully never mentioning any kind of deity, heaven, or hell. In this respect the film wants to have its cake and eat it – it would be more honest, if less politically correct, if the film tied its colour to the mast of Christianity. It certainly presents a very Western view of the world; the population of that unnamed exotic tourist destination are carelessly wiped out in the first ten minutes just so the immensely privileged Marie can have her revelation. Couldn’t she just have clinically died during a routine operation?

There’s an attempt to redress the balance with the London section of the film; Marcus and Jason are very much part of the underclass, living in a grotty maisonette in Elephant and Castle. Sadly what ought to be the most moving section of the film is in many ways the most cliched, and the inexperienced young actors are often out of their depth, giving awkward performances. All in all, a disappointment from Mr Eastwood.