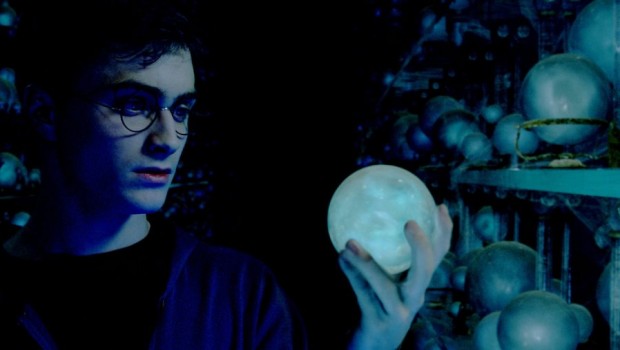 Harry Potter And The Order Of The Phoenix Review

Summary: Impossible to judge, really, until we have all seven films. But hey, I loved it.

Bloody hell, is it that time already? As the Warner Bros logo looms ominously against a black background, it seems hard to believe that its time for another instalment of the Harry Potter franchise. And this one, perhaps the hardest of all to envisage as a film. Harry Potter And The Order Of The Phoenix being a book that suffered massively from its author’s increasing success and fame, consisting of chapter upon chapter where cupboards are cleaned out, Harry shouts at everyone or Harry has yet another detention. How, I wondered, were they going to make this interesting?

Well, its to the credit of all involved that they’ve more than succeeded. The directorial reins have been handed over to David Yates, better known for his tv work with its strong political themes – perfect for this episode of Harry’s story, where petty tyranny rapidly slips into ‘ends justify the means’ territory. Yates follows his predecessors in keeping the tone dark, which is very much in keeping the overall feeling of the Potterverse; anyone who still thinks these films are for kids should watch this one.

For those who haven’t been keeping up, when we last saw Harry (Radcliffe) he had just fought the regenerated Lord Voldemort (Fiennes) and, narrowly escaping with his life, returned to Hogwarts with the body of murdered schoolmate Cedric (Robert Pattinson). All summer, Harry has been following the news anxiously, waiting for the announcement of mass murders or other signs that Voldemort is up to his old tricks, but nothing happens until one evening Harry and his stupid cousin Dudley (Harry Melling), now a chav (!), are attacked by Dementors. Dementors in Little Whinging? Harry is summoned to London where he faces a kangaroo court assembled by Cornelius Fudge (Robert Hardy), Minister for Magic, who makes it clear that he is determined to discredit Harry and his champion Dumbledore (Gambon) and deny Voldemort’s return.

Thanks to Dumbledore, Harry gets off, but as Ron (Grint) and Hermione (Watson) tell him, the campaign to blacken Harry’s name has been going on all summer, and when he returns to Hogwarts he is treated with suspicion by many of the other students; Hogwarts no longer feels like home. The only person he can really talk to is his godfather, Sirius (Oldman), who understands his isolation; and things rapidly get worse at school, due to the appointment of new Defence Against The Dark Arts teacher Dolores Umbridge (a brilliant performance from Staunton), Ministry stooge and petty facist, placed in the school by Fudge to keep an eye on Dumbledore and root out any ‘unorthodox’ teaching. As this includes actually practising defensive spells, Harry and his friends take matters into their own hands, and form the DA, or Dumbledore’s Army, to teach themselves…

Up until now I thought that no-one could top Cuaron’s Azkaban, but I think Yates might just have done it. Working with a hugely unwieldy story, he and scriptwriter Michael Goldenberg haven’t been afraid to trim and trim the film down to a neat 138 minutes (take note, Pirates of the Caribbean!) and excise many of the pointless secondary characters. The film lacks the big action set pieces of previous episodes, and is increasingly character driven; the teenage strops of Part 4 have become teenage rages as Harry rails against the world.

Cleverly they’ve also made Voldemort much more prominent in the film than he is in the book, putting him on screen as much as possible so we won’t forget him (it is a major flaw of book 5 that, having bought back the most evil Dark Wizard the world has ever known, Rowling leaves him to spend most of the book off-stage). It also makes Harry’s trauma feel more real, which is important – he has seen death first hand now and has changed and grown as a result. I also loved the new insights into the wizarding world; the glimpses of the interior of The Ministry are especially illuminating, with Fudge’s image on huge Nuremberg style banners everywhere.

There are more new characters, which does reduce the screen time for almost all but our leads. Harry gets to spend some time with Sirius, which is important; we also meet adult members of the Order of the Phoenix including Tonks (Natalie Tena), and the real Mad-Eye Moody (Brendan Gleeson), while the new Death Eaters include Bellatrix Lestrange (Bonham-Carter), channelling Amy Winehouse in a terrifying fright wig. Sadly this means that we see less and less of Rickman, Smith, Coltrane and all the other wonderful adult actors, and a bit more than is strictly necessary of Emma Thompson’s Professor Trelawney. But the best new addition is Evanna Lynch, seemingly born to play Luna Lovegood with her one sandwich short of a picnic manner and breathy Irish brogue.

So… impossible to judge, really, until we have all seven films. But hey, I loved it, and am seeing it again on Friday…