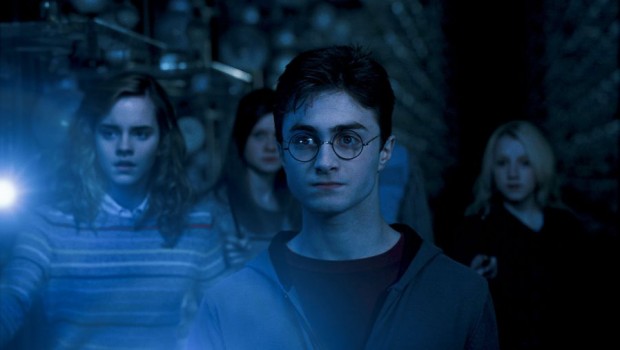 Harry Potter and the Order of the Phoenix Review

Well here we are, the fifth year at Hogwarts for Potter and his bunch of Italia Conti cronies and by Jove it appears that everything is getting better for just about everyone involved. Not in terms of plot you understand; Voldemort has returned and the film begins with Harry being threatened with expulsion by Cornelius Fudge and the Ministry of Magic for using his burgeoning powers in the Muggle world. However, in terms of filmmaking, Phoenix is the most confident, satisfying and expertly acted entry into the franchise.

Essentially the plot revolves around two major new developments. The first is the arrival of Professor Dolores Umbridge – played with sweet menace by Imelda Staunton – as the new Defense Against The Dark Arts teacher and the disruption she causes by changing the course and leaving the students utterly unprepared to take on the forces of darkness.

The second element is the revelation by Sirius Black – a nicely understated Gary Oldman – that he and Potter’s parents were part of The Order of the Phoenix, a wizard-based Justice League who were together ready, willing and able to take on the evil Voldemort and his minions. When liberty is under threat at Hogwarts by Umbridge and the Ministry’s vice-like grip of bureaucracy, Harry takes matters into his own hands. Along with Ron and Hermione, Harry assembles a secret group of students called Dumbledore’s Army and trains them in preparation for the coming storm…

So that’s it really. Now I haven’t read the books. I did try, I really did; I started the first one but I couldn’t help but constantly reminding myself that am I not eight and thought it was less enjoyable than Enid Blyton’s Magic Faraway Tree, which I did read when I was eight. Also, I don’t read enough. I know this and also know I have a backlog of great works to get through from Dickens and Proust to Poe and Capote and I’m not going to waste time reading Harry bleeding Potter.

However, I have been much more receptive top watching the Potter saga unfold as films. I know this probably says more about me and my attitude to different media of entertainment than it does to Rowling’s books but I’m OK with that. It also means I don’t have the baggage of being unable to see these films separate from the source material. I am not interested on how faithful they are to the books, I just want to enjoy them on their own terms. And this one I did, even on the small screen.

I think its fair to say that the films have got progressively better in terms of plot, visual effects and most importantly acting. If fantasy is going to work you need credible performances at the centre. That is why LOTR worked so well and for me why the first Potter films didn’t.

The performances are uniformly of a high standard here, particularly by Radcliffe as our eponymous hero, but he is given solid support by Rupert Grint and Emma Watson as Ron and Hermione respectively. No doubt this is because they are no longer wet behind the ears and have spent time working with some of the best the RSC has churned out. Speaking of which the adults are still on form here too, notably Staunton and the all-too brief appearance of Helena Bonham Carter as malevolent Askaban escapee Ballatrix Lestrange.

Like the previous films the themes of misdirection and playing with the audience’s expectations of characters’ motives are key here in moving the film along and it never feels overly-burdened with exposition nor hollow set pieces. Director David Yates cut his teeth on TV dramas such as State of Play and accordingly relies more on drama and tension and the film all the better for it. With its 12 rating, Phoenix is darker in tone and while it’s still more Pratchett than Tolkien that’s not necessarily a bad thing. Besides, it made me want to know what happens next, and given that this is the aim of any part of a franchise I’d call that a success.

This film was made for the HD market and simply put it looks stunning. While some transfers to Blu Ray don’t seem to do the extra storage capacity justice, Phoenix is laid out for you at 1080p High Definition with a range of audio settings and just jumped off the screen, particularly if using a nice been flat screen and an HDMI cable. If you want to see a fine example of superior picture quality the scene where the Weasley twins magic up some outdoor fireworks inside Hogwarts more than does the trick.

In terms of extras you get a piece on editing the film, additional scenes a nifty function to watch the film integrated with individual behind- the-scenes featurettes and production diraies to really get under the skin of the film. You can also access a stand-alone documentary that nicely wraps up what’s happened so far, the breadcrumbs that have been dropped in the previous films, the central themes of this film and the saga as a whole as well as where Potters adventure will ultimately climax in two films’ time. Very handy for the more geriatric viewer like me who has no idea what’s going on.

There is an actor’s diary from the set made by the overly enthusiastic Natalia Tena who plays Order member Nymphadora Tonks. It feels like a piece of student journalism you’d have seen on Live and Kicking and is definitely aimed at younger Potter fans who will no doubt lap it up. Personally I watched it while wrestling with the internal conflict that either I wanted to sleep with this young lady (don’t worry she’s not a student) or shoot her in the face for being really annoying. Again, this probably says something about me so I’d better sign off. Basically, this is a nice little bundle, the best addition into the Potter franchise and a worthy entry into the ever-growing Blu Ray canon.