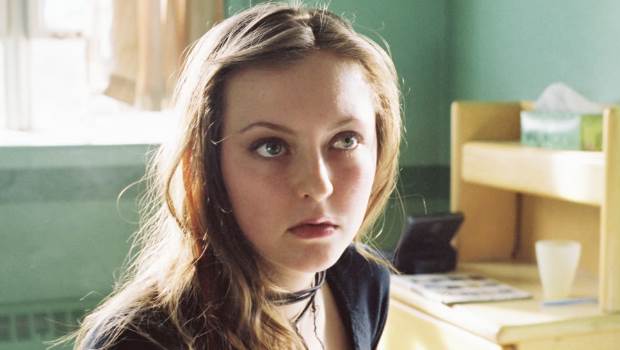 Summary: Nothing more than an overwhelming example of missed opportunity.

The prospect of juxtaposing the physical and emotional complexities of puberty and blossoming (predominantly female) sexuality with the generic conventions of horror seemed both appealing and highly original. However the best intentions must, of course, be substantiated with effective filmic results, and “Ginger Snaps” fails to deliver on even its most basic promises.

The plot surrounds two sisters; the elder Ginger (Catherine Isabelle) and younger Bridgett (Emily Perkins), self-styled social outcasts who indulge in creating elaborately gory ways to fake their own respective deaths. Galvanised against peers and parents alike, Ginger and Brigitte vow to stand firm against a world that, in the best traditions of cliched Hollywood marginalisation (where high school outsiders are invariably just beautiful people wearing thick rimmed glasses and their hair tied up), ostracises them.

However their self-imposed social exile to the sanctity of the teenage bedroom is ended after Ginger is attacked one night by a mysterious lupine assailant. She subsequently begins to go through “changes”, which begin as those encountered by all teenage girls, but quickly spiral uncontrollably into malevolent (yet highly amusing) physical and mental transformations (I mean how many teenage girls do you know with a tail?).

The close relationship of the sisters is tested. Ginger’s social and sexual allure increases in the eyes of her classmates, and her elevating popularity (in the light of the metamorphosis taking place beneath the surface) alarms Brigitte. The closeness of the relationship between the two sisters, and its eventual breakdown which reaches a climax in the final scene where a fully transformed Ginger attempts to kill her sister in a animalistic frenzy, is perhaps the most successfully handled concept in the film. The alliances, rivalries and jealousies that inform all sibling relationships are handled well by the director John Fawcett. Similarly, the overbearing, “smother-them-with-love” approach of the girls’ mother (Mimi Rogers) and the disenfranchised masculinity of their father (Peter Keleghan) work well together.

“Ginger Snaps” slips in and out of genres without fully exploring or indulging the finer aspects of them. It simply takes the most obvious, hackneyed and over used dimensions of the teen movie (outsiders versus the socially accepted, jocks, cheerleaders and goths…) and the horror movie (small town suburbia harbouring a dark secret in the form of a sociopathic monster emerging from the family home etc., etc.) and goes no further.

No serious attempt has been made to fuse together elements of these specific genres into an original mix, indeed the film is thoroughly conventional, and run-of-the-mill. Its veiled pretensions about showing the adolescent female body as a battle ground that acts as an allegory for sexual awakening mixed with violence, was more effectively explored in De Palma’s “Carrie”. The plot is nothing more than a patchwork quilt of past glories, filtered through Fawcett’s undoubted appreciation for all things horror. The effects are on the whole pretty lame and the whole affair has a definite feel of irritating repetition and re-visitation.

The central performances are acceptable in the most part. Perkins particularly shines as a genuinely uncomfortable and awkward teenager, threatened (in every sense) by the growing ferocity of her sister.

However the general feeling after watching “Ginger Snaps” is one of loss and unsatisfaction. A film that could deliver so much to reinvigorate aspects of the flagging horror genre through clever allegory simply reverts back to tried and tested conventions, that have been more successfully realised elsewhere. “Ginger Snaps” finally represents nothing more than an overwhelming example of missed opportunity.