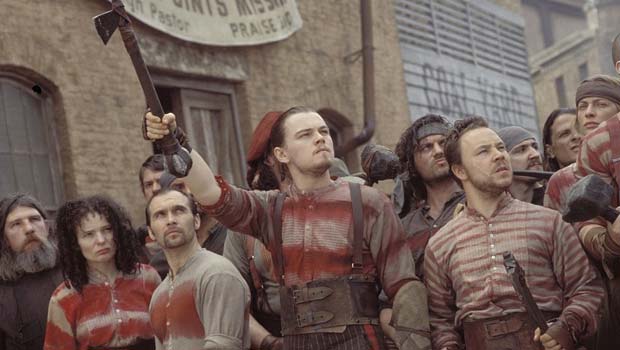 Summary: Gangs of New York by no means sounds the death-knell of a once-great director’s career.

When it is the mighty that fall, the sound of them crashing down is all the more obvious. And with his latest offering, Gangs of New York, Martin Scorsese has landed back onto UK cinema screens with a resoundingly hollow thump.

To be fair, it was never going to be easy to carry off a three-hour epic about a period of American history that Americans, let alone the rest of the world, probably know and care little about. The struggle between native American and immigrant Irish gangs for control over the notorious Five Points district of Civil War-era New York is presumably not going to be of great interest to a cinema-going public more used to seeing Martin Lawrence dress up as a very big woman. Scorsese should undoubtedly be applauded for having the cahoonas to make a film that is more like a history lesson than an exercise in stylish, trend-setting cinema. However, chutzpah alone does not a good film make.

Scorsese’s biggest problem is the sheer amount of content that he throws into his film. The main narrative of Gangs might be fairly simple – a young man, Amsterdam Vallon (Leonardo DiCaprio) who, years after witnessing the killing of his father Priest Vallon (Liam Neeson) at the hands of fellow gang lord Bill ‘The Butcher’ Cutting (Daniel Day-Lewis), sets out to avenge his death – but it is only a means by which Scorsese can address various overarching themes. These themes (such as the treatment immigrants receive in the country they make their home and the way they attempt to maintain their original identity) could have, taken separately, worked as an interesting basis to a film. Yet Scorsese, in an effort to ensure that no stone in his long-awaited project remains unturned, attempts to cram as much as possible into Gangs, resulting in a needlessly shambolic narrative.

Such a mishmash of ideas might be manageable if Gangs had a really strong cast to back the narrative up. Admittedly, Scorsese has been able to pool the talents of actors such as Liam Neeson, Jim Broadbent and Brendon Gleeson, but the quality of these performances is counterbalanced by the young stars who occupy much of the screen time, but who struggle with the demands of their roles and, in particular, the accents they are forced to adopt.

Bad accents in film are like farts during sex – they might not stop you from engaging in the activity at hand but they make their presence unpleasantly obvious. Gangs of New York has a whole host of actors parping away under the covers. DiCaprio speaks like he’s just circumnavigated the globe in the company of Dick Van Dyke and Cameron Diaz (who plays DiCaprio’s pick-pocketing love interest) should have been told that red hair alone does not automatically make you sound like an Irish lassie. Yet it is not just the younger actors who get caught in the accent trap: Jim Broadbent sounds like Jim Broadbent doing a dodgy Yank accent and even Daniel Day Lewis, who’s powerhouse performance is probably the most interesting aspect of Gangs, sounds (and looks, facial grimaces and all) far too much like Robert de Niro to be taken seriously.

Dodgy accents could probably be forgiven if it were not for the fact that Scorsese commits even more heinous cinematic crimes, such as the murderously bad soundtrack employed throughout the film. No one puts contemporary tunes to celluloid quite like Scorsese, thereby making the disappearance of such a relationship all the more apparent. Obviously, an American Civil War-era disallows Scorsese from plundering the Rolling Stones back catalogue, but this still doesn’t excuse quite such a drop of musical standards. Whereas Taxi Driver has a brilliant Bernard Herrmann score, Gangs has sub-Titanic pipe music and a poor matching of music to action (like the not-really-thumping techno track that accompanies the film’s one and only big gang-fight scene). Far worse, however, are the moments in the film when music from the soundtrack is actually sung by characters on the screen. When the Farrelly brothers do this kind of thing in There’s Something About Mary it’s vaguely amusing. When Scorsese does it, it’s tragic.

Gangs of New York by no means sounds the death-knell of a once-great director’s career. Scorsese could direct traffic and it would still be more interesting than the best efforts of half of the directors working in Hollywood at the moment. Yet Gangs is a good example of a painful lesson – it’s all well and good for directors to try something different, but if they are going to take a risk and work outside a genre they are loved for, they’d better be damn sure they know what they’re doing.