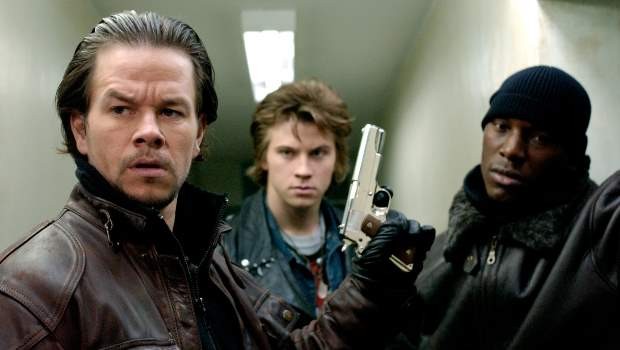 Summary: You would expect more from a director who can be as talented as Singleton.

When their foster-mother is killed in a grocery store robbery gone wrong, four brothers return to their tough Detroit neighbourhood to hunt down the murderer. White brothers Bobby (Mark Wahlberg) and Jack (Garrett Hedlund) join black Jerry (Andre Benjamin) and Angel (Tyrese Gibson) as they crack heads and rough up supposed witnesses to the shooting, convinced that there must have been a reason behind the killing. Before long, the brothers find evidence of conspiracy and betrayal that threatens to tear their family apart, and that leads them to confront crime boss Victor Sweet (Chiwetel Ejiofor), a dangerous psychopath who has the police and city officials in his pocket.

John Singleton’s revenge thriller is entertaining enough, and he gets good performances from his cast, particularly in the domestic scenes where the macho, delinquent brothers start bickering like teenagers. The always-reliable Ejiofor provides a flawless accent and a volatile menace for his role, although he only appears about two-thirds of the way through. The snow-bound Detroit setting is also effective, evoking a grainy, blue-collar environment of back street pool halls and bars with Formica-topped tables, although overdone blizzard conditions makes one car chase almost incomprehensible.

It’s the action set pieces, however, that sit uncomfortably in the middle of a film that is clearly trying to make a simultaneous comment on the nature of family responsibility, redemption, and the seductions of crime. A highly improbable shoot out towards the end of the film, where the brothers find themselves under siege in their own house from Victor Sweet’s goons, just feels out of place, and the final showdown between Bobby and Sweet on a frozen lake is over far too quickly and in no way provides the cathartic release the story demands. Also, a couple of ill-judged ‘emotional’ scenes, where each of the brothers visualises their dead foster-mother giving them a life-lesson pep talk, almost threaten to derail the film completely.

His era-defining Boyz N the Hood (1991) must hang like an albatross around Singleton’s neck, as each addition to his director’s CV invariably suffers from comparison to the earlier film. There is actually a lot to like in Four Brothers, especially the well-drawn relationships between the eponymous siblings, but the overall impression is of an uneven, occasionally clichéd drama. For an average brainless action flick, that’s not usually a problem, but you expect more from a director who can be as talented as Singleton.