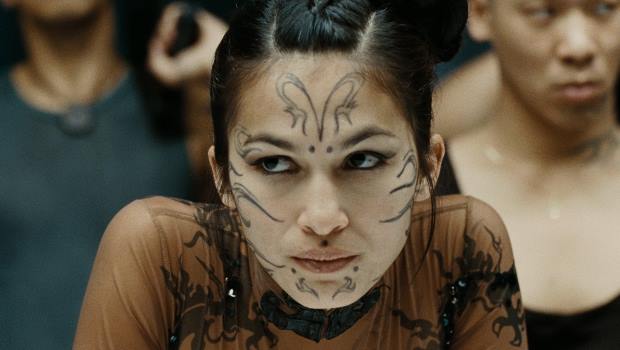 Summary: The thrills are fast and fun, though it isn’t enough.

The extreme sport of Freerunning helped District 13 over the finish line of success in 2004 with its high-octane chase sequences through a desolate near-future Paris. Seeing fast, agile heroes cruise rooftops, clamber up the side of buildings and make death-defying jumps is a crowd-pleaser however it’s dressed up, and while District 13 was nothing original story-wise, this unique selling point made it perfect popcorn fodder. Returning for a second dose of Freerunning in a corrupt Parisian ghetto, this sequel is more of the same, just with a slicker style to gloss over the cliches.

Three years on from the events of District 13, it is now 2013 and the government has reined in its promises to clear up the area. The racially-charged ghetto is still notorious for gangs, drug dealers and all the crime that comes with them. Effectively a slum more akin to South America than Mainland Europe, finding a way to rid D13 of all it’s bad traits is a hard task and one corrupt police want to ensure can’t happen. They would rather cash in on the redevelopment of the area, if they can convince the President (Torreton) to raze the area because it is too unstable. A plot is hatched among the conspirators to plant a police car in D13 and capture vigilantes attacking it on camera to spark public outcry against D13, but they don’t count on a group of youths recording footage of them putting the plan into action. Cue the stars of District 13, Cyrill Raffaelli as elite cop Damien Tomaso and David Belle as the district’s resident idealist Leito, to team up again to try to get the video into the right hands.

District 13: Ultimatum is incredibly entertaining thanks to Raddaelli’s martial arts, Belle’s Freerunning and their combination as an dynamic duo when they go on the rampage together. Director Patrick Alessandrin has a knack for capturing their tough fights and kinetic chases to set the heart racing so whenever they are charging through narrow alleyways or facing off against thugs, there’s no pause for breathe. To this end, the thrills are fast and fun, though it isn’t enough to make a second entry in the District 13 series necessary – especially five years on from the first.

Since District 13’s success, Freerunning has been finding its way into action films more and more with even James Bond giving it a try in Quantum of Solace’s opening sequence. As a result, the novelty of its use could never be the same – there was a need for Besson and Alessandrin to give us more than just a series of Freerunning scenes. They try admirably to give Tomaso and Leito something more to do, particularly in a first nightclub scene in which Tomaso dons drag to crack a case, yet their acting skills are outweighed by their abilities when the adrenalin is pumping through their veins – you just want them to get on with the action. Equally you won’t care much for whether D13 is destroyed or not by any number of faceless shady characters – no amount of a pumped up bad boy soundtrack can inject excitement into watching people drive around in big cars and plotting in rooms. Thankfully the Freerunning escapades save District 13: Ultimatum, though this is a generic excuse for them rather being exciting in itself.