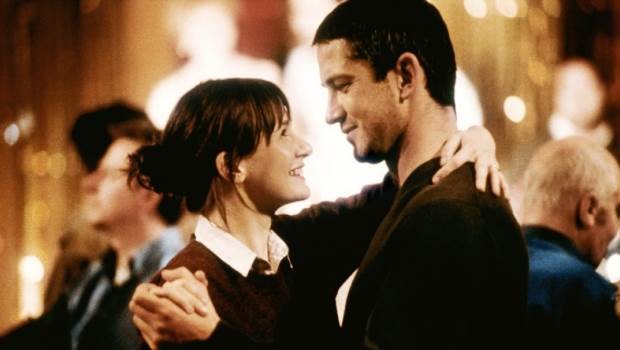 Summary: A lovely little film, boasting a couple of cracking performances and many artistically structured frames.

Dear Frankie is what a romantic comedy penned by someone like Nancy Meyer or Nora Ephron would be like if it got a little drunk, went down to the docks, and woke up to find itself in a Scottish seaside town. For this wholly enjoyable directing debut from Shona Auerbach, although sharing the same shameless sentimentality of the Hollywood rom-com, has a nicely rough edge all of its own.

Dear Frankie tells the story of nine-year-old Frankie Morrison (Jack McElhone) a bonny deaf lad who, along with his mother Lizzie (Emily Mortimer) and chain-smoking Granny Nell (Mary Riggans) finds himself constantly moving from Scottish town to town, never given the chance to settle down. For unbeknownst to Frankie, Lizzie is trying to protect her son from an abusive father, all the while pretending that he is in fact a sailor travelling the world on the HMS Accra. Frankie keeps writing letters to his father, which Lizzie intercepts and replies back to in the guise of his Dad.

Life in their new town starts promisingly enough. Frankie, an excellent lip reader, does well in his new school, even though he becomes the target of local (and slightly rubbish) bully Ricky Munroe (Sean Brown). And Lizzie finds herself a job in the local chippie, which is run by the very lovely Marie (Sharon Small). However, trouble rears its ugly head again when, amazingly enough, the real HMS Accra docks in a nearby port. Frankie is determined to see the father he has not seen for years, and Lizzie, in a desperate attempt to shield her son from the truth, asks her new friend Marie to find a man who can act as Frankie’s father for one day. And so in steps The Stranger, a big brooding fella who agrees to help out for cash payment (Gerard Butler, recently seen filling Frank Spencer’s shoes as the eponymous masked musician in the, by all accounts, pretty bobbins Phantom of the Opera).

And this is when Dear Frankie starts to get a smidgenly enjoyably corny. For wouldn’t you know it, the wee little fella, being deaf and vulnerable and all, starts to melt The Stranger’s heart, who quickly begins to warm to Lizzie as well (which is not surprising, given how pretty darn gorgeous Emily Mortimer is). Although Lizzie at first fights against The Stranger’s interest in her and her family, soon the affection is replicated. But can Lizzie really trust this man? How is she ever going to make peace with the husband she has been running away from all of these years? And exactly how much of the truth and lies that have been wrapped around him is Frankie aware of?

If this was a Hollywood production, The Stranger would prove his worth to Lizzie by beating up her husband and taking them all out for a burger or something. Fortunately it’s not, and as such Dear Frankie can afford to be a little more sophisticated. That’s not to say that it doesn’t veer towards a bit of crass sentimentality or emotional manipulation. However, it manages to reign in its excesses thanks to the quality of performances from its two main leads (who get to share one of the best screen kisses this side of From Here to Eternity) and some beautiful cinematography from Auerbach herself. With an experience in stills photography and taking inspiration for the colour and light in the film from turn of the century Scottish artists the Glasgow Boys, Auerbach has created a film that is stunning to look at. In fact, Auerbach is stronger as a cinematographer than as a director, for the film’s pace is at times a little uneven, and certain scenes appear clumsy and underdeveloped.

Minor gripes aside, however, Dear Frankie is a lovely little film, boasting a couple of cracking performances and many artistically structured frames. And although this cocktail of a film is undoubtedly sugary, there is enough salt around the glass to ensure for an enjoyably bittersweet experience.