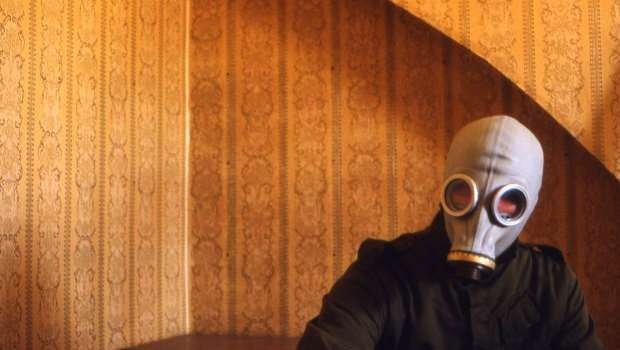 Summary: Powerful and intense but low key, Dead Man’s Shoes could seem too subdued to make an impact at the box office in the face of glossy fare from across the pond.

Shane Meadows shrugs off the wry, bittersweet working class attitude evident in films such as 24-7 and “Once Upon A Time In The Midlands”, and replaces it with a much more savage account of the mores of modern Britain in Dead Man’s Shoes, an austere look at small town revenge.

The happy-go-lucky locals grinding through life in Meadows early work have now mutated into sadistic sociopaths and tortured souls driven to the ends of desperation, as the director gets to grips with his dark side. This manifests itself most intensely in Richard (Paddy Considine) the film’s vitriol-fuelled protagonist who makes it his life’s work to root out and wreak vengeance upon the gang of locals who destroyed his brother’s life.

A former soldier, Richard swoops down upon the sleepy peak district town of his birth from a deserted hilltop farmhouse. His combat skills demonstrably intact, Richard instead hones the sharpest tool in his arsenal, hatred, in a gut clenching internal struggle with the demons of his past. His absence in his brother’s hour of need is the spectre of regret that fuels a one-man spree of violence, against all the town’s petty thugs and drug-dealers. Richard’s cause is propelled by his inability to reconcile what happened whilst the villains still prosper as opposed to a desire to make things better. He’s doing good but for all the wrong reasons, and as a result he’s also made to suffer.

A cold and gloomy reworking of a familiar theme, still good for some dramatic mileage, Dead Man’s Shoes certainly makes an impact in mood more than story. Plot-wise it’s threadbare, little more than a series of violent outbursts as the strong, silent (and deadly) type Richard does his dirty work in a gas mask and combat jacket. It’s really in the almost supernatural feel of the setting (deepest, dankest Derbyshire, eerily captured) and through Considine’s passive-aggressive powerhouse of a performance that the film effectively rears up. The film explores motive from an existential point of view during the quiet periods Richard spends alone in the wilderness. As he executes his bloody revenge, he’s shown searching for reason and resolution in an effort to find a spiritual counter-weight. Considine, who co-wrote the script, manages to convey this maelstrom of internal conflict with a razor-raw edge; his agitation festers like a wound that won’t close.

Deliverance, Straw dogs and First Blood are amongst the films that point the way towards Dead Man’s Shoes, and Meadows again displays his film knowledge proudly on his sleeve, displacing the avenging angel template to the East Midlands. Considine’s bitter loner in a gas mask shares more than just style tips with John Rambo (they both enjoy a fine line in army surplus gear) as experiences tortures and taints their bluntly anti-social worldview. Where the mood allows Meadow’s does introduce the odd touch of provincial idiosyncrasy; (the bumbling criminals make use of a Citroen Dolly as their street cruiser in the occasional moment of surreal farce) but the director’s biting wit is used sparingly. On the whole Dead Man’s Shoes is a much more muted affair; the cheekiness of knockabout locals being sacrificed on the altar of uncompromising tragedy, this is further dissipated by the film’s strong anti-drug message.

Powerful and intense but low key, Dead Man’s Shoes could seem too subdued to make an impact at the box office in the face of glossy fare from across the pond, but if you’re after an impressive British thriller which bites down and doesn’t let go, venture between it’s jaws.