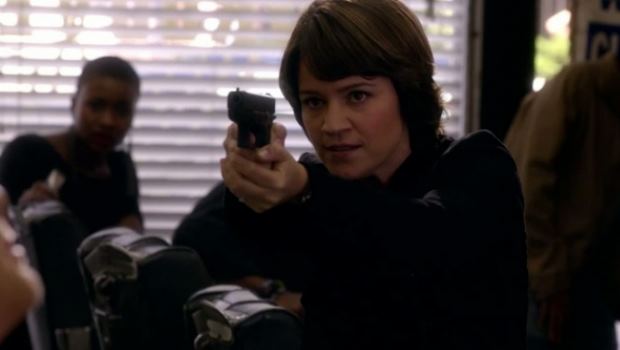 There’s no doubting the slick production of CSI: opening scenes of dead bodies lead to all manner of computerised techniques unleashed to solve the crimes with nifty flashbacks or visual overlays to the action giving an indication of the thoughts going through the minds of the team of forensic scientists. It’s a simple formula made all the better by some inventive cases: season nine sees a series of dead bodies “death-sculpted” into life-like positions in a park or a biker gang importing cocaine killing an undercover cop snitched by someone in the know. There’s always the thrill of multiple suspects being lined up and struck off in true murder mystery style to enjoy and the writers keep the team dynamics snappy, helped in season nine by the appearance of Laurence Fishburne as Ray whose calm and authoritative tones take command of the scenes he steps into. There’s also the sad departure of Gil Grissom to get over, making this an eventful season.

Yet, for all the gloss, CSI often comes up short. The many autopsies and lab scenes can get tiring with the same dialogue repeated, while long shot guesses that turn out to be true are frequent. There’s every sign that with three series in different locations to maintain, the writers are trying to outdo each other by upping the complex plots with a few over-elaborate efforts requiring a suspension of disbelief. However, the cracks in the long-running show only start to materialise when watched back-to-back. Taken individually or in small doses, CSI is prime viewing fodder.