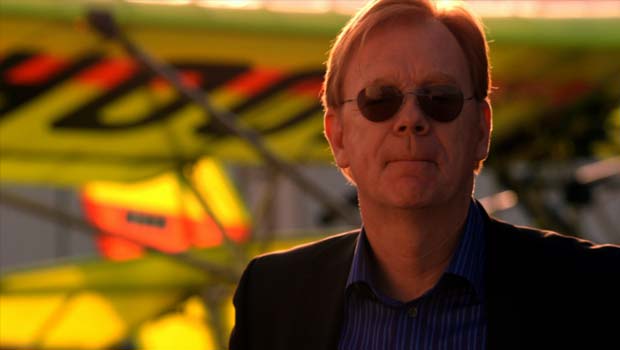 Summary: If you like the CSI franchise, there’s plenty more forensic investigation to keep fans happy.

While Crime Scene Investigation has a lot of Las Vegas corruption and third spin-off CSI: New York has the bubbling tensions of a major international city, CSI: Miami’s seventh season continues its own trend of setting graphic murders to a backdrop of sunshine. This season opens with follow-on from the climax of season six in which Lt. Horatio Caine (David Caruso) was dramatically gunned down. Of course he’s not dead, and more fool you if you thought he was, as he’s got to lead his squad once the reasons for his fake assassinations are played out.

CSI’s success is build on its gadgetry and near-futuristic crime solving which sees the tracking of bullets, complex fingerprinting technology and pictorial analysis of wounds. These features are all present and correct as much as the regular characters. Other than the first episode’s conclusion of why Lt. Caine must fake his own death in such a dramatic style, another key development is that of Eric Delko’s (Adam Rodriguez) past which is central to the story arc of this season and adds tension to his relationship with Detective Calleigh Duquesne (Emily Procter). There are always neat little twists with the central characters, and it’s good to find the writers unafraid to keep the audience on its toes when matters between them are concerned – not in any overtly dramatic fashion but done to ensure they don’t become dull cardboard cut-outs.

Among the intriguing murders, the CSI team are charged with solving how a victim came to be set on fire then run through a park, understanding which of a murdered man’s two separate lives led to his death and delving into the scandalous, sexy world of a TV dating show. It’s all easy viewing taken in 45 minute doses that can be watched on cruise control for light entertainment. The glossy technology and grainy flashbacks add to the typically stylish production you’d expect from CSI and that’s squarely who will enjoy this latest season. If you like the CSI franchise, there’s plenty more forensic investigation to keep fans happy.