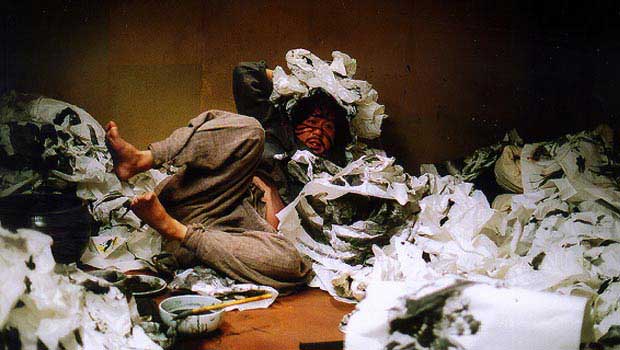 Summary: A moving story full of universal appeal that will travel across cultural boundaries in the best traditions of Asian filmmaking.

An artists’ attempt at liberated and objective forms of expression in the midst of political upheaval is a very real concern in modern day Korea, a country long divided, both geographically and socially, between two diametrically opposed ideologies. Chihwaseon provides an illuminating background to the current political dichotomy in Korea, tracing the roots of this unsettled land back to the second half of the nineteenth century, where a far from unified Korea was a country much coveted by foreign invaders.

Sandwiched precariously between the vast empires of China and Japan, Koreas’ vulnerability is mirrored on a smaller scale with the tempestuous and passionate life of renowned painter Jang Sueng Up (Choi Min-Shik), which provides the central focus in Chihwaseon, an effortlessly beautiful tale that remains true to the values of pastoral Asian cinema instilled in the work of filmmakers such as Akira Kurosawa, Chien Kaige and Yoshujiro Ozu.

Jang Sueng Up ponders reflectively upon his tumultuous life on the eve of the 1894 peasants’ revolt. Whilst encroaching forces from China and Japan attempt to rock the unsteady foundations of Korean society, the visit of a Japanese nobleman to the venerated masters’ academy triggers a succession of flashback episodes that illustrate the mercurial, yet often unpredictable and frustrating nature of the artists’ talent and his self-destructive pursuit of spiritual and creative freedom.

After witnessing his adolescent, untrained fumblings (in both art and life) under the guidance of Master Kim Byung-Moon (Ahn Sung Ki) the mature Jang Sueng Up is seen to be a maverick-mess of contradictions and aggressions that all seethe out into his work. Placid and formally harmonised scenes of great skill and beauty belie the suffering their creation caused. Jang’s anti-social behaviour and unmitigated introspection ensure that he alienates all of the people who ever care for him. His relationships with tutors and lovers alike continually go awry amidst the constant internal struggle between unfettered genius with its changeable ability to flow freely, and the shackling repression of real life.

The nature and function of the artist within a given socio-political context clearly pre-occupies the directors’ approach to his subject, and allegorical echoes with the present time are thinly veiled. Small, dimly lit minimalist interiors find scholars pondering the essence of art and creation, as the protean Jang scribbles furiously on, grunting his disapproval. These closely observed spaces contrast resoundingly with sweeping panoramas of the sparse Korean landscape from where Jang draws much inspiration. Exteriors are often dark and cold, with the occasional flutter of snowflakes, giving a monochromatic feel that is reflected in the art works themselves, dominated by the commanding black-ink strokes of jangs’ brush.

Jang’s personal development towards a deeply esoteric style is underpinned regularly with portentous events steeped in historical context, that increasingly place the celebrated artist in danger, due to his patronage by high-ranking officials. One such incident, the persecution of the Catholics decreed by the Government led to the execution of 8000 Koreans. These episodes bring Jang’s struggle sharply into focus, as internal and external demons continue to haunt him.

Chihwaseon is a film deeply embedded in the vast territory of South East Asian culture, both in terms of its subject matter and its stylistic influences, however it is an accessible and familiar rendition of themes explored in biopics of the past. The artist over-burdened with talent and expectation, and the damaging implications arising from this, has been visited with regularity by filmmakers in the west. Vincente Minnelli took on Vincent Van Gogh with his 1956 film Lust For Life, Michelangelo was seen on his back tussling with the Pope and the Sistine Chapel in The Agony and The Ecstasy and, most recently, Ed Harris wrestled with that ultimate tortured soul; abstract expressionist painter Jackson Pollock in his directorial debut. Transferring the life of the tortured artist to film is a perfect opportunity for an intense and dramatic character study, and it is remarkable how many parallels can be drawn between Chihwaseon and the examples I have listed above. The emotions remain the same, and the single-minded commitment to the expression of the self clearly exists, but Chihwaseon is infused with the stylistic vibrancy of Eastern culture throughout its entire creation, that which is so alluring and so exotic to audiences in the west.

A moving story full of universal appeal that will travel across cultural boundaries in the best traditions of Asian filmmaking, Chihwaseon is a gentle and charming film, full of themes that resonate with pertinence and a visual complexity contained within its production, rich in symbolism, that reflects the intricacies of Jang Sueng Ups’ paintings. A certain degree of intellectual participation is required from the audience, this is not a Friday night “Beer and Pizza Movie”, but an engagement with Chihwaseon and the pleasure contained therein is ultimately rewarded. Early on in the film one of Jang’s teachers instructs him to: “think before you paint”. This film invites you to think before you watch, and if you do so it will keep you thinking for a very long time after.