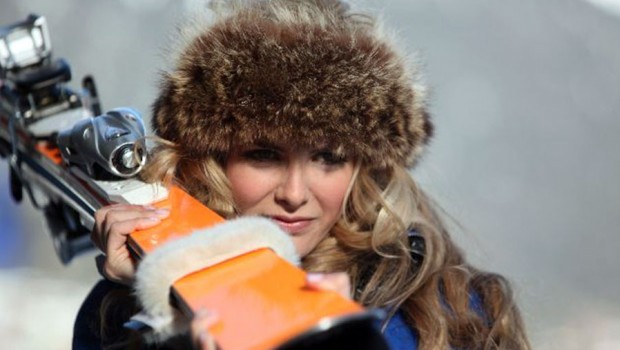 Summary: Chalet Girl being a fairy story, the ending won’t come as a great surprise, but its a lot of fun getting there.

Sometimes a film comes along and despite all its flaws is so much fun and so appealing that you can’t help but enjoy it. Chalet Girl, essentially Blue Crush On Ice, is one such guilty pleasure, especially if you’ve ever spent any time in the mountains. Snow, snowboarders, apres ski, hot chocolate mit schlag – what’s not to like?

Kim (Jones) was a promising skateboard champion until an accident put her off; now she’s working in a takeaway and struggling to keep the homefires burning while her depressed dad (Bailey) lets the bills mount up. Desperate to earn more money she registers with a catering agency, but with no silver service experience and the wrong accent, she doesn’t hold out much hope. But then she is offered a job as a chalet girl in Austria, working for the wealthy Madsen family. Arriving in St Anton, Kim is like a fish out of water; Georgie (Egerton), her glamorous co-worker, is horrified by her new room-mate, but luckily Kim, who has been cooking for her dad for years, is handy in the kitchen and Georgie assigns her to back room duties.

Baffled by the Madsens and their fancy ways and with nothing to do during the day, Kim comes across an old snowboard; figuring that its just a wheelless skateboard she heads for the slopes. After face planting a few times, she meets Mikki (Duken), a crazy Finn (aren’t they all?) who takes her under his wing. Kim picks up the essentials fast and is soon performing 360s like a pro; impressed, Mikki tells her about the end of season snowboarding competition. Despite her inexperience Kim is tempted by the idea of the $25,000 prize money.

But in the meantime it’s back to mopping and cooking – and falling for Jonny (Westwick), her boss’s son. Unfortunately he comes complete with posh girlfriend and his mother (Shields) is already naming her grandchildren. Still, there’s definitely a connection. So with a competition to win and a boy in her sights, Kim is pretty busy – can she pull it off?

Chalet Girl being a fairy story, the ending won’t come as a great surprise, but its a lot of fun getting there. The attractive young cast are all easy on the eye, there’s some beautiful scenery, some great snowboarding scenes and a general sense of fun. The film has an easy charm; aimed squarely at a teenage audience, its a great ride while it lasts. It has all the essentials of a sporting film including a training montage, plus a positive, if slightly facile, message of female empowerment; much as Blue Crush did a few years ago it marries adolescent yearning and extreme sports to good effect.