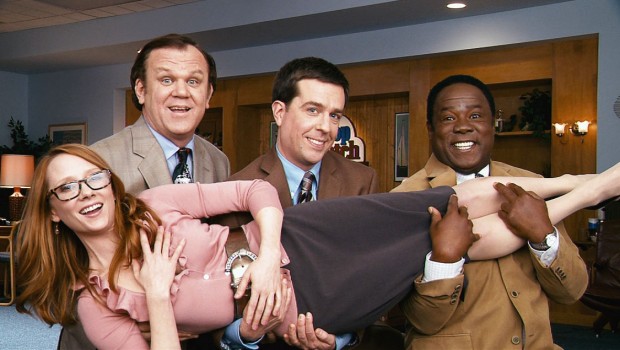 Summary: Crisp one-liners and a good-natured feel mean Cedar Rapids leaves a warm feeling inside and a comforting smile on your face.

The insurance industry is a tough subject for a movie to sustain interest, yet Cedar Rapids does an honourable job of being entertaining thanks to the whimsical nature of this indie comedy and the proven comic talent at its disposal. Ed Helms from the US version of The Office and famed for his role as Stu in The Hangover films leads the cast with John C. Riley, Sigourney Weaver and Anne Heche offering support for a solid offering that went down a storm at the Sundance 2011 Film Festival.

Helms is insurance salesman Tim Lippe, a man who has never left the tiny Wisconsin town of Brown Valley. When his firm’s top salesman dies abruptly, Tim is needed as a delegate to the annual insurance convention at Cedar Rapids in Iowa. This is Tim’s chance to shine – he’s naive, never been on a plane and gets his bedroom kicks from his 7th Grade teacher Macy Vanderhei (Weaver) who does not really need him around. At Cedar Rapids he is put in a room with insurance rival Dean (Reilly) who’s partying ways give him a new lease of life and open up new experiences, including discovering the appeal of women more his own age such as Nebraskan insurance agent Joan Ostrowski-Fox (Heche). In the process he stumbles on the corrupt corporate world which sees Tim finally see human nature for what it is: selfish and deceptive, then sets out to bring do good and right some wrongs.

The understated performances, in particular from Helms and Reilly, are crucial to Cedar Rapids: they are just the kind of men you might expect to find working in your office but the polar opposite to each other. The result is a double act getting up to hijinks as man-child Tim learns to live life in the city, and Heche plays the woman who helps him break down his emotional barriers with a sweetness that has a sly tongue. Crisp one-liners and a good-natured feel mean Cedar Rapids leaves a warm feeling inside and a comforting smile on your face.