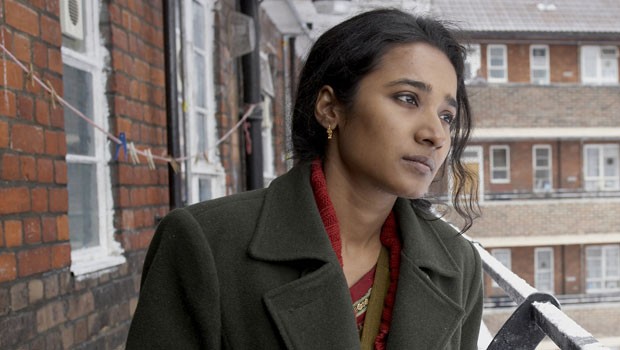 Summary: I hope the would-be book burners will put aside their prejduces and actually go and see it.

Sarah Gavron’s adaptation of Monica Ali’s novel, Brick Lane, finally arrives in your local multiplex trailing clouds of controversy. Firstly there was the reception of the book itself, resented by some in East London’s Bangladeshi community, who disliked Ali’s unflinching portrayal of their world, and threatened to burn copies of the book as part of their protest, supported by do-gooding liberals who ought to know better – yes, I mean you, Germaine Greer, you hypocrite. Members of said community demanded that filming be moved out of Tower Hamlets, objecting to the picture being painted of their neighbourhood. And then, most ironically of all, Prince Charles pulled out of the Royal Premiere screening. (Charles is happy to share a platform with the clerical bigot Maulana Delwar Hussain Sayeedi at the East London Mosque, but finds it prudent to avoid controversy by cancelling the Royal Film Premiere.) The most ironic thing of all is that both film and book are actually a plea for tolerance. And they are works of fiction, not pretending to be an historical account of a community, but the story of one woman and her particular circumstances. Why is it that white people can be depicted as all kinds of evil, twisted, monstrous freaks, but as soon as anyone from an ethnic minority sticks their head above the parapet they are some sort of traitor to their race?

Rant over. Brick Lane is the story of Nazneen (Chatterjee), a young Bangladeshi woman living with her husband Chanu (Kaushik) and their two daughters Shahana (Begum) and Bibi (Rahman). Nazneen was sent to London at the age of seventeen, to marry a man she had never seen before; her life is one of patient submission to her fate, though she longs for her home and her sister. Her patience is also sorely tested by Chanu, a man of big ideas but less action, who expects her to service his every need. Longing for a little independence, Nazneen persuades Chanu to let her start sewing for a local businessman, and thus Karim (Sampson) comes into her life. Karim is everything that Chanu is not; hot-headed, fit, sexy, oddly compassionate and, above all, Nazneen’s age, and the two begin an affair that forces Nazneen to begin the process of self discovery. In the aftermath of 9:11, and against a background of increasing racial tension, she finally makes a choice.

Brick Lane is absolutely Nazneen’s story and Tannishtha Chatterjee carries the whole film, playing a difficult character who is very still, very internalized and wary in the early scenes. Why she stays with Chanu is absolutely understandable, but it’s also frustrating, so her blossoming as she falls in love for the first time, like a flower opening up to the sunlight, is lovely. With love comes confidence; she becomes more involved in her community, and reaches an understanding with her husband – she finally becomes her own woman. Chanu could easily be the villain of the piece; that he is not is due to Monica Ali’s writing and a masterly performance by Satish Kaushik, who brings out the humour and the pathos of a man out of his depth, desperately trying to hide his fears from his wife and family.

Despite Nazneen’s cautious flourishing, it remains a melancholy and sometimes small film all the same. Cramped lives, set against the gloomy panopticon of a soot-blackened red brick council block; cramped, ugly flats; cramped, ugly attitudes and minds, expressed and exemplified by the frankly horrid moneylender, Mrs Islam (Ahmed), the cause of much of the aforementioned anger. But it succeeds as a portrait – and a sympathetic, and humane portrait, as well – of modern Britain, of immigrant communities, and of one woman’s quest to find a place in her world. I hope the would-be book burners will put aside their prejduces and actually go and see it. They might be pleasantly surprised.