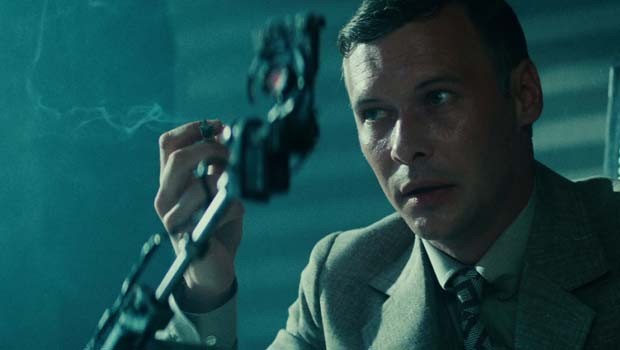 Summary: Based on a story by Philip K. Dick, the plot has so many layers and levels of symbolism that it can be watched again and again.

Los Angeles, 2019. Human beings have conquered space, creating off-world colonies to which anyone with ambition or money has decamped. Those left behind inhabit a crumbling wreck of a city where the sun never seems to shine. Heavy manual labour is done by androids; essentially perfect imitations of human beings known as replicants. After a small rebellion by replicants, they were declared illegal on earth; special police units, called Blade Runners, exist to hunt down and ‘retire’ (kill) any escapees.

As the film begins, Rick Deckard (Ford) is called out of retirement to deal with one last assignment. A particularly brutal group of four replicants have come to earth and already killed one Blade Runner. Deckard is reluctant, but eventually responds to threats from his boss, Bryant (Emmet Walsh), who briefs him on the ‘skin jobs’: Roy Batty (Hauer), Leon Kowalski (Brion James), Zhora (Joanna Cassidy), and Pris (Hannah). The four are Nexus-6, the most advanced model of replicant yet. Bryant orders Deckard to go over to the manufacturers, the Tyrell Corporation, and use the Voigt-Kampff test on an experimental replicant there. 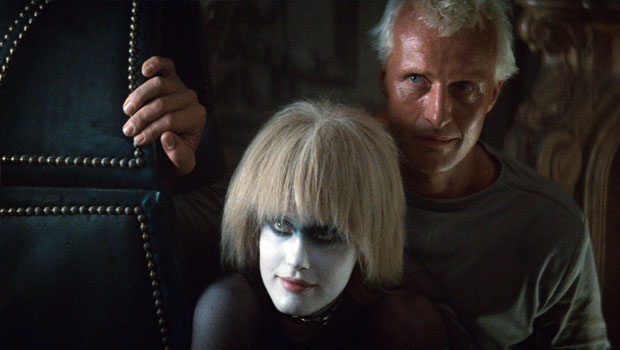 Rutger Hauer as Roy Batty and Daryl Hannah as Pris.

The Voigt-Kampff test is designed to test empathy. As the replicants have only a four year life-span, with obsolescence built in as a failsafe, they don’t develop the same range of emotions as a normal adult human being. Rachael (Young) is a replicant, but she has been given implanted memories that enhance her consciousness; she does not, in fact, know what she is.

As Roy and the others get closer to their target, Rachael runs away, and is added to the list of retirees, but after she saves Deckard’s life, they fall in love.

It is probably not really necessary to summarise the plot of Blade Runner nor to list the many theories that have been chucked around about the film since its original theatrical release in 1982. Suffice it to say that it is and has always been in my top ten, and seeing it again on the big screen was a complete delight; I’m also pleased to say that it is still a great film, and that it holds up technically and visually against any sci-fi film since. 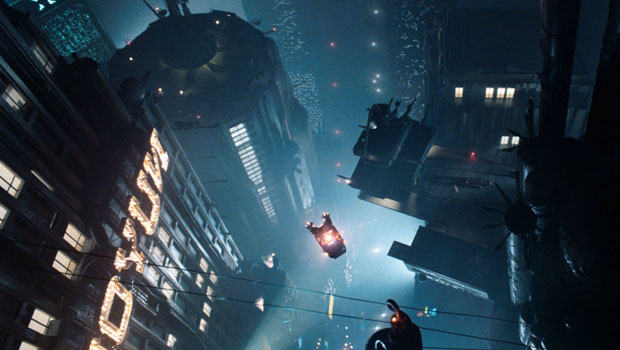 A futuristic city scene from the Final Cut.

Blade Runner has been held up as the benchmark for dystopian visions of the future so often that its hard to remember how different the future used to be. Shiny white pvc clothes and plastic? I don’t think so! Here we have real fabrics and a cool fusion of old and new stylings that’s completely believable and nicely grubby – sort of used and reused. Ridley Scott and DOP Jordan Cronenweth do a fantastic job with film noir lighting and cinematography – especially the use of blinds and beams of light – to create a highly effective sense of unease and paranoia. Harrison Ford brings the perfect level of weary misery as Deckhard; Rutget Hauer has never been better than as Roy Batty, howling at the moon.

Based on a story by Philip K. Dick, the plot has so many layers and levels of symbolism that it can be watched again and again. Is it about the nature of humanity, or about fathers and sons, or Christianity, or the environment, or the responsibility of creating a living, conscious being, or accepting death? Or you can just watch it as a fantastically beautiful, literary, smart film. The theatrical version is a shiny thing of joy; the DVD Collector’s box set – well, what can I say? I want one, that’s for sure.