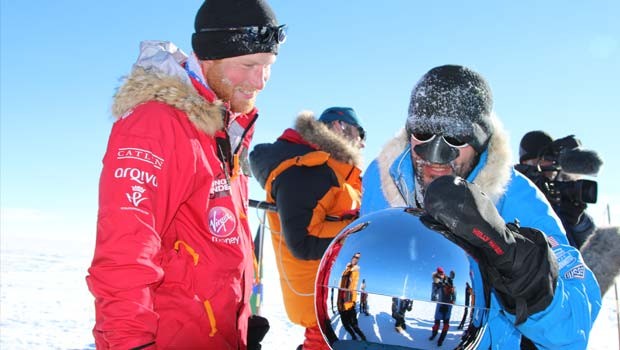 Beyond The Pole Review

Summary: While you may enjoy their misfortune, you genuinely care if they succeed.

Part goofy bromance, part light-touch mockumentary, engaging indie Beyond The Pole brings some belated, much needed humour to the issue of climate change. Purporting to document the first carbon neutral, organic, vegetarian expedition to the north pole, this engaging comedy is consistently amusing rather than ferociously funny, but it has heart, ensuring an unexpectedly affecting climax.

Shot in Greenland and Iceland and adapted from a radio series script by Paul Barnhill and Neil Warhurst, director David L. Williams reflects his experience in both comedy and genuine documentary, making plenty of his £1million budget by skewering all the clichés of the form and worthy convictions of his deluded principals.

Support for the pair is from a reliable cast of British sitcom regulars, including Clive Russell as the expedition’s experienced Arctic cameraman, Rosie Cavaliero as Brian’s fretting wife and Mark Benson as Mark’s “second best friend”, manning their radio communication from a poky caravan in an English field. Every character’s unwitting testimony of little glances to camera and unfortunate blurts are perfectly pitched for the reality spoof.

Plagued by his wife and brother’s conspicuous lack of support, Mark’s dreams of fame, which increasingly seem to be about claiming a Guinness World record rather than saving the planet, are further threatened by their discovery of a team of gay Norwegians (Alexander Skarsgaard and Lars Arentz-Hansen), pursuing the same goal with better equipment, greater professionalism and experience. The affable Brian warms to their competitors but the increasingly tightly wound Mark is driven to the edge of insanity and the pair turn on each other in farcical bickering and recrimination. Compounding Brian’s increasing misery, Rosie springs a bombshell on him from back home.

Regardless of the film’s modest budget, the panoramic shots of ice floes afford it an impressive scale and spectacle that make Mark and Brian’s petty squabbles seem all the funnier in relief. Ultimately, the film stands or falls on maintaining interest in their friendship and they meet the challenge, Mangan ratcheting up the rants, the scales falling from Brian’s eyes. So while you may enjoy their misfortune, you genuinely care if they succeed.