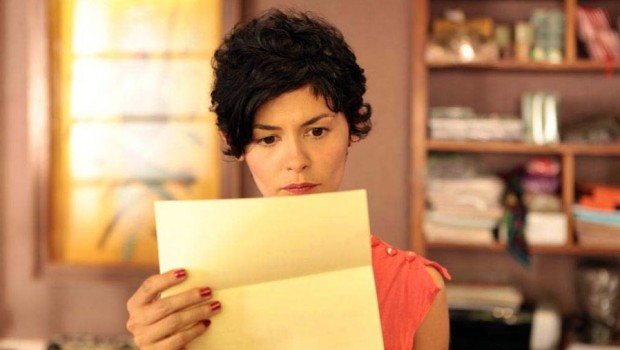 Summary: The performances are universally excellent and there are some nice cinematic touches.

The traditional Hollywood romantic comedy, as a genre, is pretty much dead. Think of the latest iterations: woeful films like Amy Adams’ Leap Year or pretty much anything starring Jennifer Aniston, neither funny nor romantic. I’m not sure what it is about them, the ridiculous scripts that tie themselves in knots trying to bring two unlikely and often unlikeable people together. Or maybe its just that they aren’t very funny. Why can’t we make smart, sharp, witty comedies like His Girl Friday or Bringing Up Baby anymore, films that trace their lineage directly from Shakespeare’s comedies?

However, the French seem to still have the knack. Beautiful Lies is genuinely funny, though perhaps in some ways less swoonily romantic than Amelie. Comparisons with Amelie are inevitable because both films star that darling of French cinema, Audrey Tautou, here playing salon owner Emilie, in many ways an older, more cynical Amelie. A force to be reckoned with, Emilie has strong opinions on everything from people’s hair styles to their love lives. But the person who most needs her help is her mother Maddy (Baye) who seems to have lost the will to live since being left by her artist husband. In her worry about her mother, Emilie fails to notice what’s under her own eyes – Jean (Bouajila) ,the shy handyman at the salon, is passionately in love with her…

Too embarrassed to declare his feelings openly, Jean decides to write Emile a letter. An anonymous letter into which he pours all his feelings, only to see Emilie read it, entirely unmoved. But the letter gives her an idea; a way to cheer her mother up. She changes the name in the letter and sends it to Maddy. And it works! Maddy starts washing again and watches for the postman. But this brings a new problem; to keep Maddy happy, Emilie not only has to write her more letters, but find someone willing to pretend he wrote them…

Beautiful Lies is a frothy, enjoyable farce of a film. There are lots of misunderstandings – letters being very good for this sort of thing – and while there isn’t anyone actually running in and out of French doors there are some very funny scenes, particularly with Maddy and Jean – a highlight being the scene where she follows him down the street barefoot and wearing only her nightie.

Of course poor Maddy is the dupe in this scenario and Emilie’s deception, though well meant, has consequences. As a result, all the characters show some very unlikeable traits but refreshingly they all seem to learn and grow, though not in a cheesy way. The performances are universally excellent and there are some nice cinematic touches, like Jean watching Emilie through the coloured glass at the beginning of the film, or the scene when Maddy finds out what’s really going on through a curtain, like a shadow play.