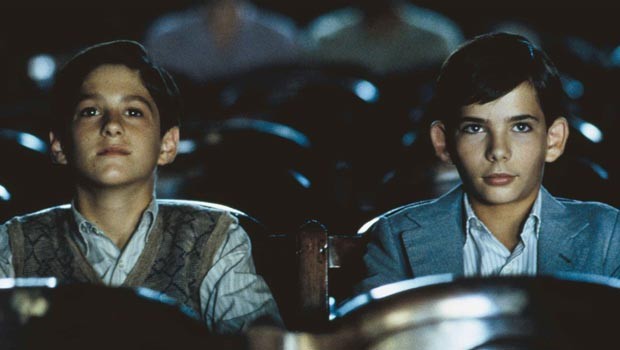 Typically alternative this high camp trannie-fest is a return to his early filmmaking form for Almodovar, after the more sober Talk to Her of 2001 – although according to Almodovar his filmmaking is ”…getting more and more serious and possibly more and more sad”.

La Mala Educación tells the story of two schoolfriends who re-enter each others’ lives twenty years after they were sexually and psychologically abused at a Roman Catholic school in the 1960s.
Set largely in the laissez-faire era of post-Franco Madrid, this latest Almodovar offering undulated between the ridiculous and the sublime. Complete with evil clergymen and murderous siblings willing to prostitute themselves for fame, you could be forgiven for thinking you’d wandered onto the front page of a tabloid or the Rikki Lake show.

Yet La Mala Educación is saved from the horrors of your usual horror spoof through the gloriously uproarious and sophisticated Almodovar touch. Bold splashes of colour enhance intriguing sets, whilst graceful cinematography once again demonstrates Almodovar’s skill in making the camera itself speak, becoming a witness to events rather than a functional tool. The detailed sets and costumes are vivid and vulgar – all as it should be in ‘60s and ‘80s.

Further resonance is provided by the music score by accomplished composer, who has previously created soundtracks for Carlos Saura and Julio Medem as well as Almodovar. Alberto Iglesias creates comedy through juxtaposition of popular romantic love-songs with drag queen shows, and as background for scenes of rather more vigorous physical intimacy, he also succeeds in enriching other scenes by providing an atmospheric mood with his original score.

As it’s Almodovar we overlook unbelievable transformations, such as brown eyed Father Manolo the Corrupt Priest to Mr Manolo the Successful Publisher – eye colour green, and we make allowances for stereotypical characterisation – are they ciphers? Bearing in mind the twinned and corrupt authority of Church & State, co-forces of the Franco regime, which stunted the education of many Spaniards and thwarted all artistic, creative efforts which were not seen to conform with the strictly conservative values of that regime, the evil clergymen versus OTT drug addicted transvestites may well have a greater significance than they do as the mono-dimensional characters we meet. “The tone of the periods can be seen in the film – the ’60s as dark years, and the ’80s full of color and freedom”, Almodovar comments.

La Mala Educación contains frequent references to cinema-going and its various subplots revolve around the making of a film, showing the director’s ever-present consciousness of the artifice of his creation.

Self-aware filmmaking from the Spanish filmmaker of our time, the occasionally blunt characterisation befitted its reflective consciousness of being part of the cinematic tradition. Almodovar’s La Mala Educación is intriguing, anarchic and complex – it has an intriguing storyline with creepy (if not quite spine-chilling) twists, flamboyant misé en scene and highly accomplished cinematography, making it well worth seeing on the big screen.