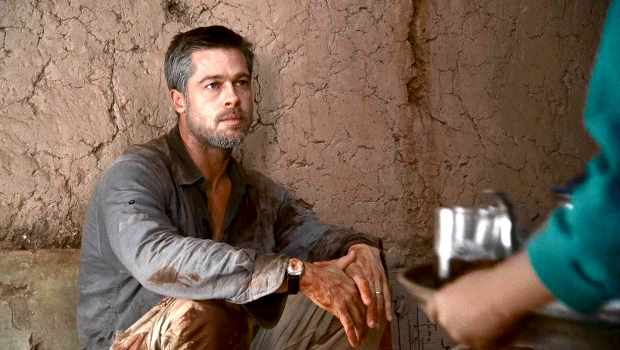 Summary: Babel won’t appeal to everyone, its slow in parts; but its beautifully acted and ambitiously directed and has interesting things to say about the way we live now.

Babel, of course, refers to the biblical myth of the Tower of Babel. Dredging up memories of Sunday School, this was when a bunch of ancient peoples thought that they could get closer to God by building a big tower which, once completed, would quite literally be a stairway to heaven. God, being a proud and jealous type, was less than pleased by these signs of human co-operation and created different languages, so they could no longer understand each other and work together, and instead wandered off into the desert. And thus was born language, and miscommunication.

Alejandro Gonzalez Iñárritu’s Babel arrives on our shores trailing clouds of Golden Globe glory, and hotly tipped for awards. It’s a multi-stranded film, set on three continents, with a starry cast. One strand concerns Amelia (Barraza), nanny to Debbie (Elle Fanning) and Mike (Nathan Gamble), whose parents, Susan (Blanchett) and Richard (Pitt) are on holiday in Morocco. Amelia needs to go to Mexico for her daughter’s wedding; when she can’t find a babysitter, she decides to bring the kids along, to the annoyance of her nephew Santiago (Bernal).

Then we’re in Tokyo, with deaf schoolgirl Chieko (Kikuchi). Chieko is rebellious and unhappy, flashing boys in cafes and generally desperate to lose her virginity. Her mother is dead, and she doesn’t get on with her father – she is in pain, and cannot communicate her pain to anyone.

The final strand involves two Moroccan boys, goatherds whose father buys them a rifle to kill jackals and other animals who prey on their herds. The older of the two boys isn’t much of a shot, but his younger brother is brilliant, so they decide to test out the rifle’s range, and shoot a passing tourist bus, winging Susan in the neck (Blanchett). She and her husband are on holiday to try and save their marriage; instead Richard finds himself struggling to save her life while the two boys run from the police.

Babel is Iñárritu’s follow-up to 21 Grams, and the conclusion of a trilogy that began with Amores Perros (starring, of course, the lovely Gael Garcia Bernal). It’s a very modern story of alienation, dealing with some of today’s political hot potatoes – iillegal immigration in particular. Having seen Nick Broomfield’s Ghosts recently, I was struck by the similarity. Richard and Susan depend entirely on Amelia; they have left their two very young children with her to go on holiday. She is not allowed any personal life of her own, and as an illegal, has no rights. Though Debbie and Mike love her, she is disposable as far as their parents are concerned.

Terrorism is another thread; when Susan is shot, the first reaction of the tour party is that they are under attack, and their selfish, panicky reactions are in part attributable to this fear. Their fellow travelers, mostly British, are about as sniveling a bunch of weasels as you could pray not to be stuck on a tour bus with. Poor Richard has to rely on the comfort of strangers with whom he shares no common language, as far from anywhere as you can imagine. Perhaps the most surreal section is set in Tokyo, which is puzzling to most Westerners anyway – why else would Sofia Coppola set Lost In Translation there?

Babel won’t appeal to everyone, its slow in parts; but its beautifully acted and ambitiously directed and has interesting things to say about the way we live now.