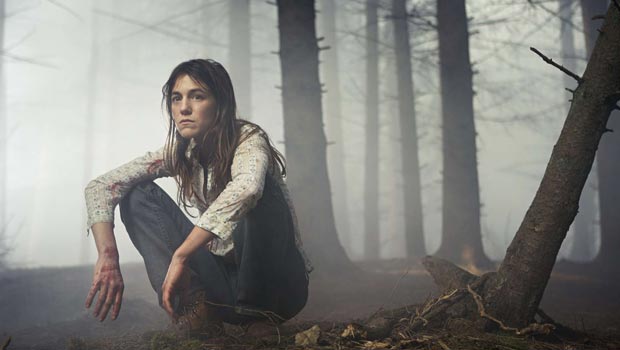 We open on a couple (Gainsbourg and Dafoe, whose characters are never named) making love in cool black and white as their infant son climbs out of their bedroom window and falls, in slow motion, to his death. This scene is beautifully framed and shot by Anthony Dod Mantle; its also oddly tranquil considering it involves the death of a toddler. The couple deal with their grief in different ways; she, an academic, falls apart; he, a psychiatrist, channels his emotions into treating hers (surely a bad idea?). His idea of therapy is to visit Eden, their creepy woodland cabin, while taking his wife off the medication that she has been prescribed by her real doctor, and forcing her to confront her fears.

This has ‘it’ll end in tears’ stamped all over it; it also seems extremely unlikely that it would have been allowed by the hospital! Be that as it may, once our happy couple are in the woods things rapidly fall apart. She, in desperate pain, forced by her unfeeling git of a husband to relive every mother’s nightmare again and again, eventually loses it and turns first on him, then on herself, in the much touted scenes of genital mutilation. But by that point, watching an unhappy middle class couple torture each other mentally and physically had lost any appeal it might have had, despite deeply committed performances from Gainsbourg and Dafoe in a masterly acting two-hander.

Many people admire Von Trier as the ultimate cinematic prankster, but for me he’s like a cross between a tedious, lecherous drunken uncle at a wedding and that horrible child who pulls the wings off flies. I certainly don’t think he has anything interesting or new to say about the human condition. ‘Chaos Reigns’ growls the much derided talking fox. But actually its less chaos than boredom. In a world of slasher flicks and torture porn, where even something as ostensibly mainstream as Watchmen features rape and dismemberment, it’s increasingly difficult to come up with anything genuinely shocking – depravity feels terribly old hat, somehow. Want real controversy, Lars? Try making a film in which a husband and wife are nice to each other for two hours.