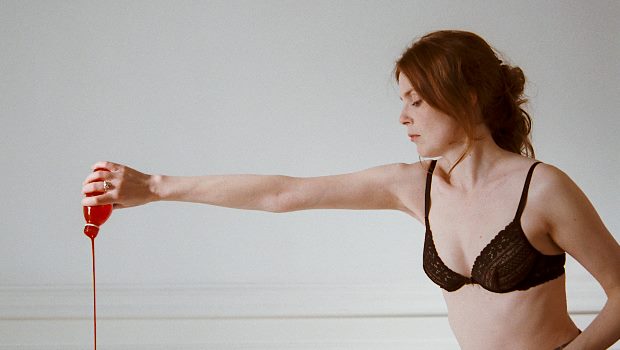 Summary: Fine for entertainment, just lacking in its director's ambitions of providing an accessible way for audiences to understand erotomania fully.

Extreme jealousy becomes a dangerous obsession for Anna (Carre) when she takes a psychotic liking to her doctor. Deluded he is in love with her, she harasses the poor, happily-married Dr. Andre Zanevsky (Melki) with unwanted gifts, late night phone calls and demands to meet. Anna’s condition is known as erotomania, and is the subject of this thriller which tries hard to be compelling and shocking, but falls into wild melodrama.

Writer/director Spinosa had all the ingredients to cook up a tasty mix of tension and dangers of the mind. Anna is a woman close to the edge when she attempts suicide, so places her full attention on the doctor who treats her. Left with a huge scar up her leg, its no surprise she wants to take her mind off the accident. Sadly for Dr. Zanevsky, when she asks him for a coffee she isn’t being friendly. She is imagining a trip down the aisle with him and their future together. As he tries to back off, her behaviour becomes more extreme in trying to keep him in her sights leading to a disappointingly formulaic final act.

Spinosa researched heavily for Anna M, consulting books, PhDs, theses and articles about erotomania, which adds a sense of realism to the movie. Given he knows so much about the condition, he splits it into the psychiatric terms for sufferers of the condition: acts named illumination, hope, disappointment and hatred suggest how Anna’s mood turns from a gentle love into an obsession Zanevsky has to battle against. Throughout the initial three he provides an edgy and disturbing portrayal of how twisted Anna’s world is. Everything Zanevsky does to repel her is read as a act of affection by Anna, and as he becomes more irate, she goes to great lengths to win him from his loving wife. An innocently-taken picture of Anna and Zanevsky is used as evidence he is guilty of cheating on her and she takes provocative photos of herself to send to him. It’s no surprise when the police get called in, but here is where Spinosa turns to sensationalism over gritty reality.

Rather than attempt to understand Anna’s condition, the police simply blame the doctor and question him harshly without there being totally convincing reasons why her story outweighs his. Save for a dodgy interrogating officer, Anna would be locked up long before she makes a final attempt to get close to Zanesvsky by getting hired to look after the children living in the flat above him. When she does finally snap in a surreal moment of ghostly apparitions, Spinosa has undermined most of his well-controlled unfolding of events with blunt thrills. The conclusive moments go some way to redeeming Anna M. as a study of the mind, but he should have lingered more on the finer details of the erotomania conditions if he wanted us to truly understand the tragedy of it. Instead it plays out as an excuse to rack up the tension and lose sight of how it might be treated. Anna M. is fine for entertainment, just lacking in its director’s ambitions of providing an accessible way for audiences to understand erotomania fully.