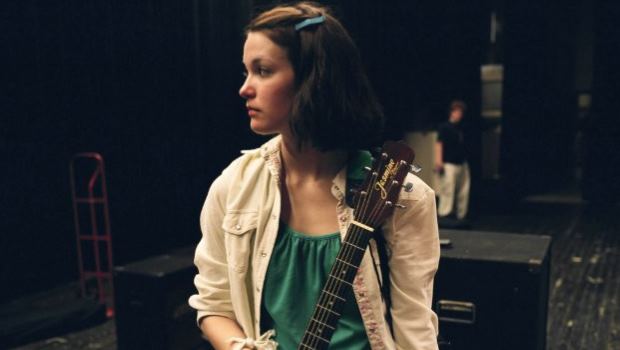 Summary: Less illuminating than it might have been, but still an entertaining look at modern adolescence.

How much is behaviour determined by the images we absorb from the world around us, and how much are we influenced by the presence of cameras? It’s a problem that has existed since the first documentary was shot, and is a question raised again and again while watching American Teen.

So familiar are we with the annual carnival of the American High School movie, and so entirely comfortable with its stock characters, that it would come as no surprise if Nanette Burstein’s film features A Jock, A Princess, A Brain, A Lout and A Misfit; as it is, we’ve updated things slightly – the Brain is now A Geek, who can console himself with the fact that though he is hopelessly unsuccessful with girls in high school once he has designed some new bit of software and sold it for millions he’ll have the coming out of his ears.

So: we have Hannah, smart, beautiful, ambitious but troubled; an arty liberal in a small traditional, conservative, Christian, midwestern town. Dreaming of moving to California after graduation.

Megan, student council vice president, prom queen; wealthy, pretty, popular. Anxiously awaiting the results of her application to the expensive college that all her siblings attended.

Jake, the classic geek. Socially awkward and lacking in empathy, crushed with self-doubt and covering it up with bravado, Jake is determined to find a girlfriend in senior year. Whether she likes it or not.

Colin, local basketball star, desperate to make an impression not only on his school, his dad and his coach, but to get the sports scholarship that will change his life and save him from the army.

And Mitch: Mr Popular to Megan’s Miss. Good looking, charming, but with an unexpected soft side.

And then we follow the students for a year. Big Brother like, all their trials and tribulations are laid bare. And they are, for the most part, exactly what you would expect. Boyfriends. Girlfriends. College. Grades. Hannah is excruciatingly unlucky in love. Megan makes Cordelia Chase look like a saint. Mitch is, frankly, an idiot. There are no words for Jake. Sad. Maybe slightly autistic. And Colin just needs to learn to stop hogging the ball and everything will be just fine.

American Teen is an enjoyable film but it does feel staged. Were the students really so naïve that they allowed themselves to be filmed committing criminal damage and placing cruel prank calls? The sheer dominance of reality television the last ten years means that people are used to living out their lives in front of the cameras, but its impossible not to see these kids acting out without wondering if they were either acting up for the camera crew or being manipulated. No one, having watched this film, would want to know Megan, who comes across as a heartless, power crazed bully.

The filmmakers obviously liked Hannah best and despite a depressive episode early on she comes across as the most likeable – perhaps because Hannah wanted to be a filmmaker herself. Having got to know Hannah, it is shocking to hear her parents’ attempts to crush her ambition – and a reflection of the reality of the US Education System. Many working class parents simply can’t afford the fees; Colin’s dad simply says it’s a scholarship or Iraq for his son.

Less illuminating than it might have been, but still an entertaining look at modern adolescence.