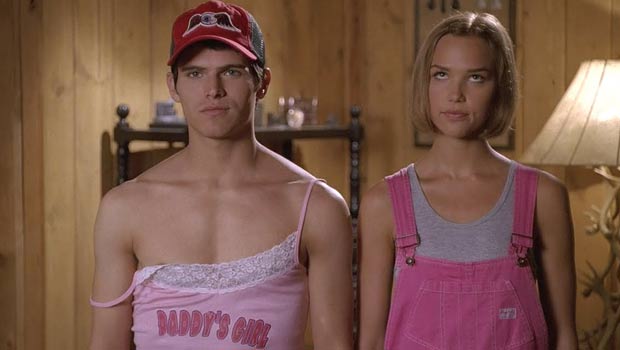 Summary: As a guy I liked it; just don't expect too much.

“There was never an American Pie 4” I said to a friend who handed me the DVD to my amazement. We are both big fans of American teen comedy and the way they have progressed into “Dude Where’s My Car?”, “Old School” and “The 40 Year Old Virgin”. All fantastic. But as you have probably guessed from the lack of publicity and screenshots in this review, the majority of the old cast did not want to appear in this film. I don’t know if it ever made it into a cinema and Future Movies did not receive a DVD copy!

So just how bad is this film….?

It was stupid and immature and lacked creativity but I liked it and I don’t know why. The main character is Matt Stifler who is Stifler’s younger brother. He is just like Seann William Scott (unbelievably so). He had perfect facial expressions and voice but to me was less lovable. The story focuses around him trying to live up to his brother’s expectations at Band Camp and in the end learning a valuable lesson.

Matt Stifler’s ex-girlfriend Elyse (Arielle Kebbel) is also at Band Camp in an attempt to forward her career as a conductor and music writer. She has not been in any notable movies but she certainly has the potential for better with cute looks and a body to die for.

As for the comedy the little gags are not bad and the character development was there. The film features scenes of gross out comedy (as expected) and they remain effective and not overly stupid with shit flying around.

My main complaint about Band Camp is that the two notable cast members who did make a return where not in it enough. Jim’s dad (Eugene Levy) lacked the chemistry he had with his classic father and son (Pie F*****) relationship. Chuck Sherman (Chris Owen) was just plain unfunny as a teacher who sends Matt Stifler to Band Camp.

I would not spend a tenner on the DVD unless it was in the bargain bucket bin, which it will be before long… so look for it there and don’t expect much and you may enjoy it.