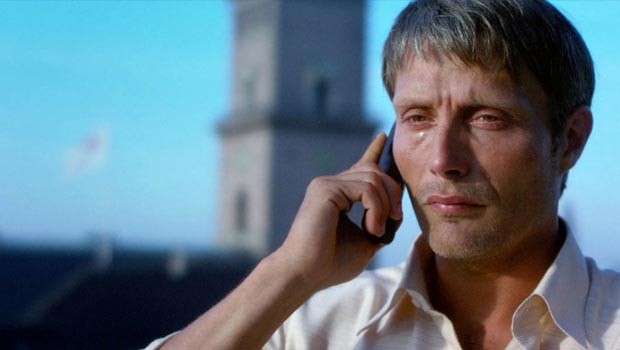 After The Wedding Review

Summary: Biers once again excels in peeling back those delicate layers of human frailty that reveal worlds of repression, anguish and personal secrets.

Frequently, the best surprises are the ones we’re least prepared for. Immaculately executed as a shattering family portrait though packaged with little more flair than your average daytime soap import, one would be forgiven for discounting After The Wedding as a cinematic event not worth a single trip to the Cineplex, let alone a second look. Yet moments into its closing credits, and not only has it reversed its ill-suited premise, but confounded even the most sneering expectations with an emotional posture so honestly self-controlled, it’s hard to find any faults.

Thorny with an edge, and almost gut-wrenchingly affecting, Susanne Bier’s After The Wedding propels the viewer on an impassioned rollercoaster ride that doesn’t quite ease off until the dramatic denouement. Biers is only too aware of the level of emotional investment required by the viewers, but the payoff, in the form of plot schock shoot outs a la Pulp Fiction, is only too satisfying to dismiss. Though far more Breaking Waves than Wild Things in its tenor, this cinematic weep-fest scores big on every level.

At the centre of the movie is Jacob Petersen, an idealistic humanitarian working in a struggling orphanage in a poor community in India. When the offer a large sum of money in the form of a free-standing grant to aid the failing orphanage requires him to travel to his native Denmark for a face-to-face meeting with a wealthy billionaire, he is only too reluctant to take up the offer, what with his disdain of western society and unwillingness to part with the children he’s grown fond of, if only for a short while. The business trip soon spirals into an unexpected labyrinthine adventure replete with family revelations and personal struggles that has Jacob questioning devastatingly more than just his business options.

In much the same vein as Thomas Vinterberg’s acclaimed Dogme drama Festen (The Celebration), After The Wedding is a devastating emotional elegy on shattering family relationships, moral failings and human frailty. Working again with screenwriter Anders Thomas Jensen, whom Biers previously collaborated on 2004’s acclaimed Brothers, the duo’s masterful hands at exposing distorted relationship dynamics and muddy moral dilemmas are once again working to their full potential. In After The Wedding, Biers once again excels in peeling back those delicate layers of human frailty that reveal worlds of repression, anguish and personal secrets.

Bone-dry realism, a shaky camera approach and effective toned down performances clutched by a gutsy script effect an acutely biting family relationship drama that deconstructs itself with every scene. Though not a Dogme movie per se, in navigating the undercurrents of deceit, hypochrisy and trust, After The Wedding recalls the days when Dogme wasn’t just the token arthouse format of choice, but a credible word in serious film circles in its own right.