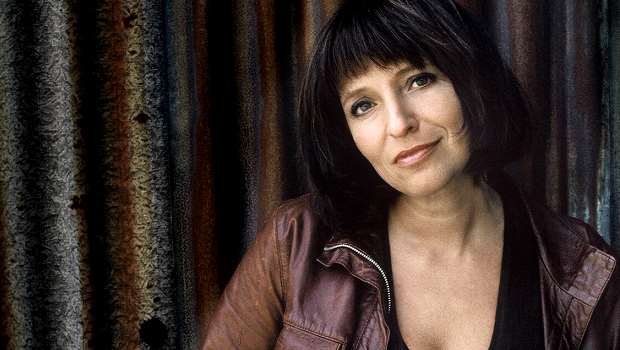 Ten years ago, on the 100th anniversary of the Lumiere Brothers first public film screening, Lars von Trier took the podium at the celebratory Paris symposium and introduced a new kind of filmmaking. This was the Dogme 95 manifesto, and the so-called Vow of Chastity – ten rules that rocked the world.

Susanne Bier is sitting at a corner table in a hotel in St James, sipping water. She is immaculately dressed, glamorously coiffured, and could be described as a bit of a yummy mummy. Director of the Danish smash-hit, The One And Only (1999), she is best known in this country for Open Hearts (2002), made under the Dogme manifesto.

Future Movies caught up with her and other stars of Dogme, Anders Thomas Jensen and Kristian Levring to discuss screenwriting under the Dogme banner and filmmaking in general.

Future Movies: What attracted you to the mixture of political and domestic in Brothers?

Susanne Bier: I am quite fascinated by the way we live in the West. Scandinavia is fairly small and fairly privileged, and we have this notion that we are protected and that nothing can happen to us. Since September 11, that sense of security isn’t so strong anymore – the big wide world is creeping in on us, for better or for worse – I don’t necessarily think it just bad. That sense of being protected also acts like a wall between us and the rest of the world, that I think is kind of unhealthy. I am fascinated by the way that we are being influenced by fear.

What happens to Michael in the movie is very real, and he brings back with him the terror of war, brings it right into this very comfortable, middle-class place. His experience makes him alienated from his world.

Future Movies: Michael’s character could easily become a monster, in terms of the violence that he is almost taken over by. How did you retain a sense of his humanity?

Susanne Bier: He’s a nice guy, who has done something unforgiveable, and betrayed who he believes he really his. I wasn’t interested in describing a monster. The movie describes a moral issue that is relevant to you and me – could we ever come to a point where we do something we thought we’d never do, and if we did that, would we still be human beings? When Michael looks at himself in the mirror, who does he see? And this doesn’t have to be about war, it could be anything, but I think it’s a question worth asking. And if more people asked this question, we might become a little more tolerant.

Future Movies: The scene in the desert, when Michael commits the fatal act, I found really hard to watch.

Susanne Bier:
It was difficult to shoot. The photographer and I drank a lot of wine at the end of that day.

Future Movies: The Muslim characters in the film – we never get to know them at all, and they are depicted as cruel – was that a difficult decision to make?

Susanne Bier: I’m not making a statement about Muslims; the terrorists are a dramatic tool, posing a moral impossible situation for Michael, and it was a conscious choice not to enter into a discussion about their beliefs, because it would have taken the movie somewhere else, where it couldn’t go. I didn’t have any inhibitions about describing terrorists as being cruel, though having said that there might be reasons behind terrorism which are worthwhile discussing, but that’s a different story.

You have to decide what you want to deal with and be clear about your topic.

Future Movies: Post Open Hearts – was it fun to be free from the Dogme rules?

Susanne Bier: Yes, it was fun. But Dogme was also liberating in its own way, because you had to be so focussed on the story telling. Dogme teaches you a discipline – sticking to the story. And then you keep that discipline and build on it.

Future Movies: The children – who are great – how did they cope with a fairly difficult story?

Susanne Bier: They were both wonderful actresses. It was horrible for them in a way, but they also enjoyed it – it’s both painful and exciting, for any actor or director. They’d read the script and we were very honest with them about the story – you can’t do those kind of scenes without being prepared. So they knew what was happening.

Connie made a great effort to establish a natural relationship with them.

Future Movies: What was it like working with Connie Nielsen – she’s a big Hollywood star?

Susanne Bier: It took her a couple of days to become accustomed to the different way of making movies – for instance I didn’t want her to wear any makeup, she’s beautiful without it – but then she kept saying this was the most fun she’d had, because it was only about acting and the character.

Future Movies: What are you working on next?

Susanne Bier: I’m in pre-production on my new project and we start shooting in India on Monday.

Future Movies: The theme of random events and ordinary lives – what draws you to it?

Susanne Bier: I believe the world is like that – the events might be less drastic, but randomness strikes all the time – I don’t mean this in a cynical way. I guess I’m frightened by the randomness, so I want to deal with it, make some sense of it by telling a story.

But it’s not without hope. I don’t believe in telling stories without some hope.

Then it was time to head over to the Curzon Soho where Susanne was joined on stage for a Script Factory masterclass by Kristian Levring and her Brothers screenwriter Anders Thomas Jensen. Kristian Levring is one of the founders of the Dogme movment while Anders Thomas is an incredibly prolific writer and director. As part of the Curzon’s Dogme season, the three discussed screenwriting under its aegis with Richard T. Kelly.

Anders Thomas Jensen: Writing a Dogme film isn’t that different to writing a normal script. You’re not allowed superficial violence and action. There are some things that you can’t do.

Kristian Levring: The restrictions can be liberating; they improved The King Is Alive.

Anders Thomas Jensen:: And Denmark is geographically undramatic, so our films tend to be in a domestic setting.

Susanne Bier: The limitations actually add to the work and sharpen your perceptions of what you’re dealing with.

Kristian Levring: For example, you can’t use flashback.

Susanne Bier: You have to really stick to story and character. There’s no icing, just cake. You can’t be inventive in the shallow sense.

Kristian Levring: Or solve problems with visuals – purely visual storytelling is difficult with Dogme – you can’t use slow-motion. For example.

Susanne Bier: But any writer or director has their own set of rules and limitations, even if they’re not written down. Dogme is just more explicit.

RTK: How were you influences by the scriptwriting teachers at the Danish Film School?

Kristian Levring: Lars Von Trier worked closely with a professor at the DFS developing a theory called ‘natural’ or ‘organic story’ – the idea being that events in the story should flow from the story’s inner life. A stripped down method of story-telling.

Richard T. Kelly: Can you talk a little about the process of script development?

Anders Thomas Jensen: I work very closely with directors – when I’m commissioned to write a script the film start date is already confirmed so the process is very structured.

Susanne Bier: I enjoy the process of working with script readers and editors, and it can be useful for maintaining objectivity. But I can’t develop a script in a committee.

Kristian Levring: Lars (Von Trier) gave himself three days to write The Idiots. I’m not sure if this was a good or a bad thing, but too many people can get involved at script stage.

Anders Thomas Jensen: Yes, and when you get stuck in development hell, there’s a loss of energy.

Kristian Levring: Dogme offered a different way of making films, and was a reaction to the Hollywoodisation of Danish movies.