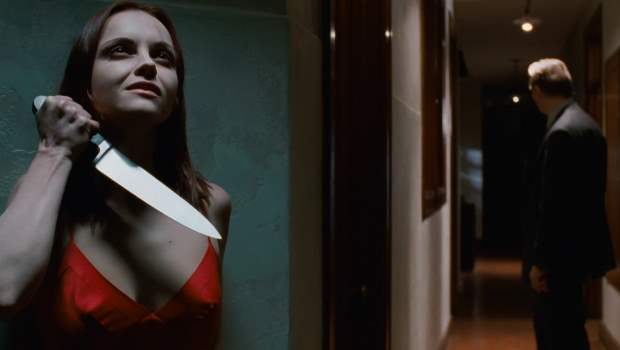 Summary: I feel After.Life takes itself far too seriously to set the heart racing or see you hide behind a cushion in suspense.

Christina Ricci struggles to understand whether she is dead or alive in nervy thriller After.Life which tries hard to spin a web of confusion with misdirection and red herrings. There’s a valiant bid to keep us guessing until the end, though giving the viewer too many differing opinions eventually proves a downfall rather than an added few twists in the tale.

Ricci plays Anna, leading an unhappy life with boyfriend Paul (Long). Out for a dinner at a lavish restaurant, one of the first thing Paul says is “let’s try not to fight tonight”. Alas, it’s not to be as Paul needs to tell Anna he’s got to move for his job – only she thinks he’s going to leave her when in actually fact Paul wants Anna to go with him. Storming out of the restaurant without listening to Paul’s requests to calm down, in her anger she is involved in a car crash which sees her wake up to the local funeral director Eliot Deacon (Neeson) preparing her for the funeral. But why can she speak to him?

Deacon claims he has a gift to talk to people in transition from life to death. He show’s Anna her death certificate and talks to her about what happened in her life as he fixes her wounds so she will look perfect for her family to see her one last time. Though she doesn’t fully believe what Eliot is saying is true, she has no way of finding out for sure as her only friends now are the corpses Eliot works on everyday who come alive in nightmarish ways offering few explanations of her current state. Meanwhile Paul is also struggling with his reality: he can’t believe Anna is gone and there are some spooky things affecting him that lead him to question the funeral arrangements for Anna.

There’s a very good idea for a taught mystery thriller behind After.Life which co-writer/director Agnieszka Wojtowicz-Vosloo wants to use to examine the ways we frame our reality. She also wants to keep us guessing by positioning Anna’s denial of her own death as unreliable in light of all Eliot has to say. However, by providing scenes of Eliot handling the police and showing Paul’s inability to accept Anna’s death, there is too much reliance on one character’s word against another which leads the audience back and forth over the truth. The question soon evolves from whether Anna is dead to whether Eliot is an evil psycho hell-bent on mentally torturing his victims, and with it the film becomes far too obvious as gaping holes in the plotting appear. Ricci, Neeson and Long all do their best to turn in sincere performances, though I feel After.Life takes itself far too seriously to set the heart racing or see you hide behind a cushion in suspense. Like Anna’s state of mind, After.Life itself is in limbo as there are too many perspectives to maintain the necessary level of mystery Wojtowicz-Vosloo needs for her to successfully navigate the tricky “is she or isn’t she?” narrative tightrope.