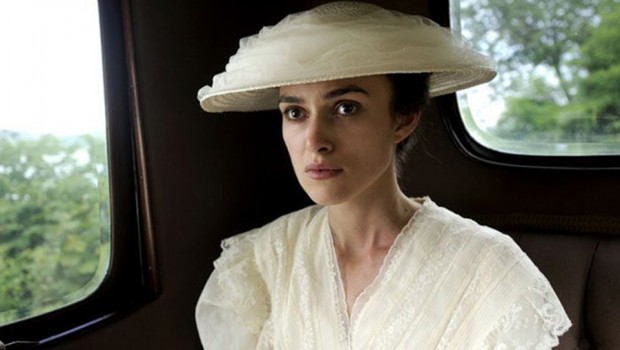 Summary: Cronenberg has taken a detour from his usual method of moviemaking which is no failure, it is just a little too dry with its subject matter to appeal to casual viewers.

David Cronenberg has made a journey from the body horror of exploding heads and mutant powers via seedy underworlds to emerge at the birth of psycho-analysis in this biopic charting the difficult relationship between Dr. Sigmund Freud (Mortensen) and Dr. Carl Jung (Fassbender). With A Dangerous Method he seems keen to examine how the study of the mind was transformed by these leading 20th Century psychiatrists who paved the way for understanding human thoughts and how to treat its deviances in a talky, but fascinating period drama that has hints of dark undertones. And a lot of Keira Knightley’s chin.

Knightley’s character is crucial to the film, playing Russian Sabina Spielrein, who would become one of the first female psychoanalysts. Our first meeting of her is quite different: she opens the movie shouting hysterically in a car en route to Swiss psychiatrist Jung. On arrival he attempts to treat her by using Freud’s “talking cure” with which he hopes to discover the root of her disturbed states that sees Knightly’s jaw jut out as she stammers and contorts her body. In the process of treating her he becomes intrigued by Spielrein who states her ambitions and is soon helping Jung with his own research, even interviewing his wife Emma (Gadon). Sabrina’s verdict is she is concerned her husband is becoming bored of her, and she is proved right.

Jung himself is dedicated to his work and that of Freud, and we see his commitment lead to a meeting with Freud with which they chat for more than 12 hours about their theories which leads to Jung having Otto Gross (Cassel) stay in his care. Though considered a debauched patient, he is also a maverick early disciple of Freud who is determined to push the boundaries. He puts ideas into Jung’s head that will lead him to get up close and personal with Spielrein exploring her problems, and exposing his own, while also causing a tense relationship with his wife and, eventually, Freud.

A Dangerous Method may have too much long-winded discussion between the three psycho-analysts for its own good, yet there is plenty to savour in another fine performance from Fassbender and Mortensen again shining when directed by Cronenberg. They are astute in their renditions of Jung and Freud leading to excitement in their battle to prove each other wrong. Knightley is given a tough role which she never quite settles into, her performance requiring a certain edge to it, though she verges on the ridiculous at times and could have been tamed. Gadon and Cassel are good value, it is when Fassbender and Mortensen share the screen that A Dangerous Method sizzles – even a few spankings between Jung and Spielrein don’t ignite much excitement. Cronenberg has taken a detour from his usual method of moviemaking which is no failure, it is just a little too dry with its subject matter to appeal to casual viewers.