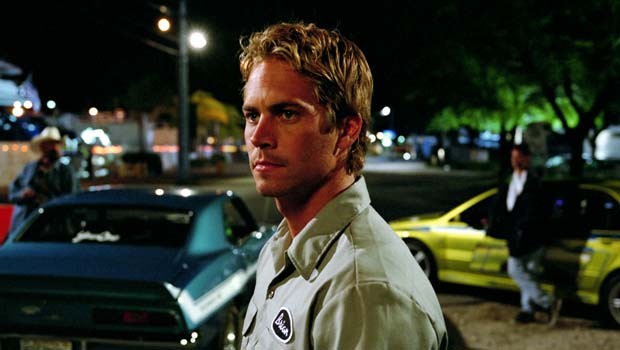 A surprisingly winning formula receives a fuel-injection as the most horsepower-enriched franchise of them all returns with a second instalment, so close to the first movie in almost every aspect, it feels like it was patched together minutes after the first film wrapped. So is this yet another case of dollar-driven pragmatism at work over genuine creative endeavour? Put simply; yes, but name one Hollywood sequel that wasn’t created with the quick buck in mind. Originality and variation rarely appear in the equation, instead we are spoon fed more of the same and in larger helpings, and 2 Fast 2 Furious (and yes the figures are part of the title) fulfils its remit as a Friday night, bums-on-cinema-seats grabber for the Max Power crowd.

My love for cars driven very fast runs extremely deep, so I may be a little biased in reviewing 2 Fast 2 Furious, but I believe it is ideal cinematic fodder for one of those nights when you would prefer not to lurch the brain into gear but rather sit back and drool over the riches on display. 2 Fast 2 Furious is a simple and unpretentious genre tale, doubtless lacking the attempted subtlety and significance of films such as The Matrix: Reloaded (which chases its own tale at times, in an effort to create importance) or The Hulk (a moody character study as much as an action film, yeah right) but delivering 2 hours of undisputed visual exhilaration, just like its predecessor.

The plot is about as difficult to read as a road atlas. Tightly stretched over a number of memorable set-pieces that tent-pole the entire experience, 2 Fast 2 Furious lacks any emotional range, development or genuine involvement above rooting for the clean-living guy in the fastest car!?! Paul Walker, like a cheaper and more wooden alternative to Keanu, returns as Brian’O’Conner, disgraced ex-cop, who decided upon a life-street racing as opposed to the rigours of a soul-corrupting life in the force. He has relocated from the California hills to the palm-lined boulevards of Miami, Florida in an effort to put his crumpled recent past behind him.

Once street racings’ milk-toothed new recruit, O’Conner is no longer out of place at these twilight soirees, in fact his skills are held in high esteem. It seems during his time in the sunshine state he has developed a bit of a reputation as a rabid beast behind the wheel, his outward appearance all the while belying his crackpot credentials. In the opening face-off with three other evenly matched, hard talking competitors O’Conner reminds everybody that he is fearless and intuitive at the helm of a fast car. Unfortunately, this includes the police, who promptly coerce him, into using his singular talent for tearing up highways to bring down the local Latino purveyor of fine narcotics. Another dip into O’Conner’s chequered past later (sure, the boy’s lived a bit) and he is reunited with old buddy-with-a-grudge Roman Pearce (rap superstar Tyrese, replacing Vin Diesel as the beef of the piece) to rediscover an uneasy but ultimately amicable alliance driving for the law. Notice any plot similarities yet?

2 Fast 2 Furious revels in weaving an aura of enchantment around fast and colourful Japanese cars, and their equally fast and colourful owners. The warm pastel tones and azure blues of the Miami coastline are reflected in the dazzling paraphernalia of the street-racing phenomenon. Although clearly indebted to car chase epics of the past such as Bullitt or The Driver, 2 Fast 2 Furious most closely resembles the computer game Vice City in its men and motors approach to fulfilling an audience.

The racing scenes are filmed with dazzling quality, and naturally, this is where most of the real enjoyment lies. Fast-moving, conventional footage is occasionally enhanced with hyper-realistic CGI shots tracking digitally between driver and machine, which sometimes allow an unnecessary animated element to creep into proceedings. Scenes that intermingle with the race sections really limp across the finish line as little more than filler. Unconvincing villains contribute to flaccid moments of conflict that display little or no tension. You find yourself aching for the distant sound of a turbocharger amidst the tepid dialogue and lifeless performances, thankfully the film knows its weaknesses and the paint-by-numbers expositional segments are kept to relatively brief.

The cars are the real stars of 2 Fast 2 Furious. The lack of discernable substance, or the presence of a genuine star to magnify the presence of these brutal machines really doesn’t matter too much. Pleasure comes at a much simpler level, sit back and feast upon the eye-candy. It’s there in abundance for the boys and the girls… but mostly for the boys. Tyreses’ rippling torso, and girls pumping their own load pedals, are some of the highlights for the ladies dragged along to see it. Who knows, some of you might even find the wiped-clean work surface looks of Paul Walker an unfathomable turn-on? 2 Fast 2 Furious is all about the toys, and absolutely anyone can come and play.