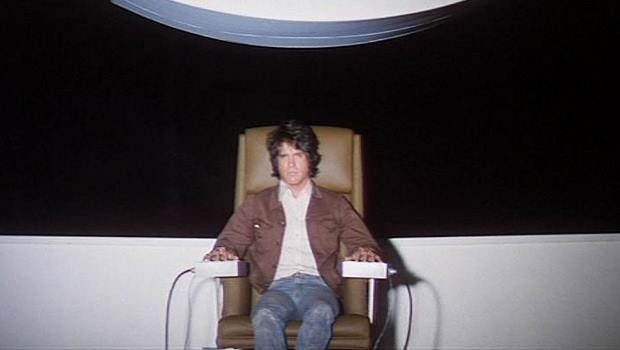 When The Lunatics Took Over The Asylum

The 1970s was the decade that changed Hollywood forever. With the abundant excess of the sixties a distant memory, Vietnam in full swing, mistrust and paranoia firmly embedded in the national psyche and the moral conservatism of the 1980s a glimmer growing in Ronald Reagan’s eye, the decade sandwiched in between saw the American film industry create a mini renaissance almost by accident.

With movie attendances dropping faster than Richard Nixon’s approval rating, the ageing patriarchs that made up the Hollywood aristocracy were ready to try anything to revive their flagging fortunes. In contrast to popular culture as a whole, mainstream cinema in the USA had become stilted and uninspiring as the 60s barrelled along. In a decade where so many people had so much to say, Hollywood movies could barely make themselves heard; in fact they shied away from saying anything interesting at all. The turgid conservatism of the product on offer, dominated by big-budget escapist musicals such as My Fair Lady and The Sound Of Music, made no attempt to reach the burgeoning youth market. Foreign movies flourished on the home front, especially amongst young American cinemagoers, who saw their corner being fought by filmmakers as far a field as France, Italy and Scandinavia. The irony may have been lost on the studio bosses, but not on youth audiences, and they avoided American films like the plague.

The most popular mass medium in history, once so in tune with it’s audiences’ needs, had become an outmoded relic, unable to mobilise it’s cumbersome size to keep up with the rapidly shifting zeitgeist.

As desperation set in Hollywood made their final throw of the dice; they turned the keys to the magic kingdom over to the kids. They conceded a moral defeat for the sake of the dollar and allowed the influx of an entire yearbook of twentysomethings to bring something very new, and very now, to the party. Hungry, relentless and buzzing with ideas, the new generation, straight out of film school, tapped the nations’ mood in no time at all and reinvigorated Hollywood’s output with an unprecedented degree of autonomy.

These inexperienced youngsters were cutting their teeth with huge budgets and tent pole productions, bringing them home to defy critics and audiences alike. As the takings began to rise, so did the vitality of the films being produced, and the turnaround was prodigious. Suddenly, mainstream Hollywood movies were tackling contemporary issues head on, in a format that was challenging, provocative and wildly entertaining. Subject matter was informed, characterisation was believable and visual flair was abundant. Close to the bone political thrillers (The Parallax View, Nashville) sat side by side with offbeat comedy drama (Harold and Maude, The Last Detail, Shampoo, Midnight Cowboy), revisionist westerns (MacCabe and Mrs Miller, Pat Garrett and Billy the Kid) and revitalised genre offerings (The Godfather, The French Connection, The Long Goodbye). A brave new world was opening out on screen, a world that looked to the mood of the times for direction and to the cinematic movements of the past for inspiration. As self-styled movie geeks, many of the new young directors took their cues from the old masters of Hollywood (Wilder, Hawks, Hitchcock et al) whilst invoking the freewheeling style, spirit and social conscience of recent European cinema. Experimentation was the word, anything was fair game for restyling, and perhaps most importantly bums were back on seats.

Never before or since, have the Hollywood studios ceded so much creative control to those who know how to use it. As the last remnants of the rigid studio system crumbled and died, new templates for how to make a movie were being created on the spot. Suddenly, the amount of location shooting increased; creative decisions were emancipated from the studio back lot and moved out into the real world. An influx of young, risk-taking producers emerged eager to make their name on the back of the fresh faced creative talent. Robert Evans, the famously leathery Paramount executive who nurtured Chinatown and The Godfather I and II, saw himself (through a cocaine haze much of the time) as a modern day David O Selznick. This was a time for the maverick, the self-styled auteur and the gut instinct getting the better of the brain.

And for a while it was working. Attendances continued to grow, careers continued to soar and critics continued to swoon. But the new spirit in Hollywood movies was about to give way to something much more cynical and corporate: The seventies set suddenly became a victim of it’s own success, giving birth to the multi-billion dollar leisure machine Hollywood is today. As popularity built demand, the practice of farming a film out to provincial areas (basically the oblong sections of the USA) after its extensive run on the coasts became a thing of the past. Everyone wanted to see the huge hit movies, such as Jaws and Star Wars, at the same time as everybody else. Suddenly individual movies were making a meteoric impact, nationally and globally, in months rather than years. Supply and demand snowballed and the blockbuster was born.

At first this didn’t seem like such a bad thing, (Jaws, the one that started it all, is a great movie) but as the decade drew to a close it became clear that an irrevocable damage had been done and that the brief golden age that had flickered into life would soon be snuffed out forever. With huge movies commanding astronomical budgets, backed by multi-national corporations, the market for smaller, more idiosyncratic films was washed away. The focus moved increasingly towards spectacle: The bigger, louder and more explosive the better, and any hint of innovation similarly went up in smoke.

What followed the new Hollywood trends of the 70’s formed the template for mainstream Hollywood today. Power was relinquished from the hands of the creatives and placed into the palms of the accountants, more used to running oil companies than making movies. Suddenly a Harvard business degree meant more on the backlot than a passion for storytelling. Huge, corporately owned studios bankroll fewer, more high profile productions based on universally accepted (and resultantly reductive) themes and narratives which they then sell to the global audience. It’s a model that works and there’s no reason to change it. The few surviving directors from an era before either work within the confines of this narrow regime (Spielberg, Lucas, Scorsese sometimes) or have largely fallen by the wayside. Independent American cinema is where the mood of the seventies is most alive today. In an arena marginalised for many years by big budget market trends, filmmakers struggle to cultivate a cinema that is more personal, more concerned with the nuances and idiosyncrasies of human existence, as seen from ground level. Mercifully, a handful of these talented new flames (David O Russell, Wes Anderson, Alexander Payne) are finally receiving mainstream recognition, and through their work maintaining a legacy that goes back to those halcyon days of 35 years ago.

“The Wild Bunch”: A season of Hollywood Movies from the 60s and 70s is currently running at the National Film Theatre