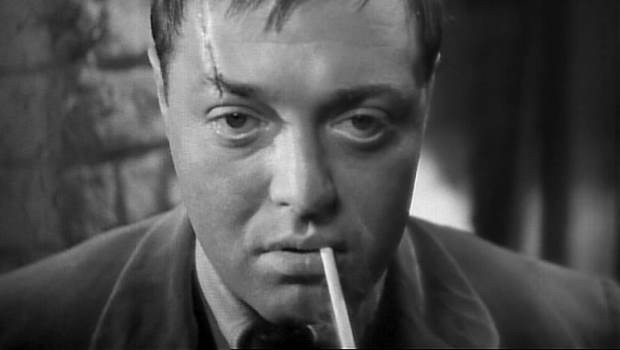 Peter Lorre, the 100th year anniversary of whose birth was celebrated 26/06/04, was, and remains still, a contradiction as a Hollywood actor. Show someone a picture of this middle-European actor’s face or a recording of his voice, and it’s likely that they will recognise him in some way. Ask for his name, however, and chances are that you will draw a blank. Because although Lorre starred in some of the most popular films from the 1940s and has been widely imitated in films, television programmes and even cartoons, he never achieved the level of fame that has been bestowed upon several of his contemporaries.

Peter Lorre was born Laszlo (Ladislav) Löwenstein on 26th June 1904 in Rosenberg, a small town in Austria-Hungary. He moved to Berlin as a young actor and during the heady days of the Weimar Republic drew the attention of playwright Bertolt Brecht. It was at this time that Lorre got his huge break, when Fritz Lang cast him as the Dusseldorf child-murderer in the hugely celebrated classic, M.

According to film expert Searle Kochberg at the London Jewish Cultural Centre, M is not only a special work in its own right, but was also a very influential film. For the type of persona that Lorre embodies in M can be seen as the prototype for the very weak and self-destructive men who became the central male character types in film noir.

Given the strength of this performance in M, Lorre could have become one of Europe’s foremost film actors, but 1930s Germany had other plans for the diminutive Austrian/ Hungarian/German/Jewish star. The Nazi’s rise to power forced Lorre to move to Paris (legend has it that Joseph Goebbels warned him to leave personally), and finally, from Paris to Hollywood.

Lorre’s first Hollywood film was called Mad Love. In it he played a mad professor who surgically attaches the hands of a dead murderer onto the husband of a woman he is obsessively in love with (and people say the films of today are too far-fetched). As such, Lorre either chose, or was forced, to build on his ‘loony’ persona that American audiences associated him with after M.

In 1936, Lorre’s career took a different but equally strange turn when he started appearing in the Mr Moto series, which attempted to build on the popularity of the Charlie Chan films by having the middle-European Lorre play, bizarrely enough, a Japanese detective. By doing so, it could be argued that Lorre was repeating what earlier Jewish performers had done, only instead of masquerading as a black man (a la Al Jolson) in order to get into the mainstream of American popular culture, he masqueraded as a Japanese man. Either way it worked, for Mr Moto became the series of films in America that established Lorre as a popular actor.

During the war Lorre moved over to Warner Bros, and in terms of his Hollywood career this was his most famous era, as he produced memorable roles in films such as The Maltese Falcon and Casablanca, teaming up with the likes of John Huston, Humphrey Bogart and Sidney Greenstreet.

Lorre returned to Germany in 1949 and in an attempt to reclaim the position of serious cultural force that he had occupied with M, made The Lost One, a film which he wrote, produced and starred in. Examining the impact WWII had on ordinary Germans, the film did not prove to be a popular success in Europe, and Lorre returned to America to find work.

This failure to regain perhaps what he considered artistic respectability, was possibly the reason why Lorre’s performances in the 50s saw him turning into a caricature of himself. In the latter stages of his career he began mocking his established persona, and in his final film roles he gave crowd-pleasing turns rather than serious performances.

It is possible that playing on what audiences perceived as his otherness, but without ever securing the lead in a major Hollywood film, is the reason why elements of the Peter Lorre persona are so instantly recognisable and yet the actor himself is not especially famous. Lorre’s tragedy and Hollywood’s blessing was that he was an actor who might have achieved dizzy artistic heights in his own country, but whom the march of history forced into accepting a less-challenging career in another, one that focused on that which made him different, rather than that which made him special.