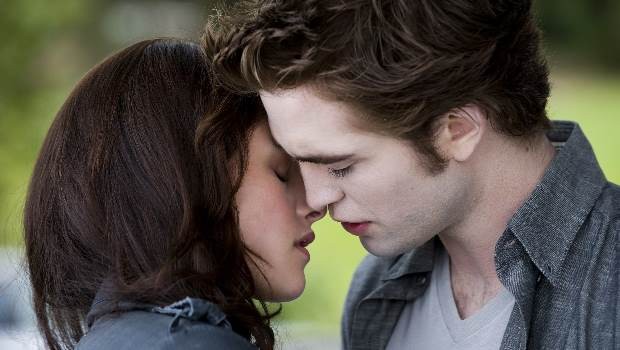 Anyone else noticed this? Vampires are absolutely everywhere. Clearly they are very hip, very now – on tv, in bookstores, and at the cinema. But who is the hottest vampire of them all? Purely based on my own personal preferences, you understand…

10. Angel (Buffy the Vampire Slayer): Joss Whedon really began it all, and in Seasons One and Two of Buffy David Boreanaz smouldered with the best of them. Much like Edward Cullen, his appeal was based on the idea of forbidden fruit: a vampire in love with the slayer, and he passive-aggressived all over the place, bringing poor Buffy on only to push her away. Unfortunately he got his own series and moved to LA, where he put on weight and started shagging Cordelia, which was clearly wrong.

9. Dracula: as played by Gary Oldman in ‘Bram Stoker’s Dracula’, he was a shapeshifter extraordinaire, but in John Lennon glasses and a cute little top hat, seducing Winona Ryder, he had a certain appeal. As a heap of rats, not so much.

8. Edward Cullen (Twilight): Stephenie Meyer’s gushing prose actually puts me off Edward, but Robert Pattinson brings a certain charm to the cinematic version of the character. From the trailer, we’re going to see quite a lot more of Eward’s charms…

7. Bill (True Blood): I’m still not entirely convinced by this southern gothic take on the vampire legendarium (it’s hard not to think Southerners are simple), but Bill does have an old fashioned charm. But the prosthetic teeth need work – that lisp is awfully distracting.

5. Louis (Interview With The Vampire): another tortured soul, desperately resisting the urge to feed, Louis is the antithesis of Lestat, but the image of the pair of them feeding off each other… grrrr…

4. Jasper (Twilight): is considerably hotter than Edward. Plus he is going out with Alice, who is the coolest Cullen.

2. Spike (Buffy the Vampire Slayer): Angel without the moping, with better abs, and with all James Marsters’s own charm. Plus a naughty punk sensibility that hides the wimpy poet inside.

1. Mitchell (Being Human): Irish, dangerous, conflicted and beautiful; minimum wage job aside Mitchell is everything a vampire should be and then just a bit more. Plus he has a sense of humour. Most vampires take themselves far, far too seriously.

The Twilight Saga: New Moon is in cinemas on November 20.