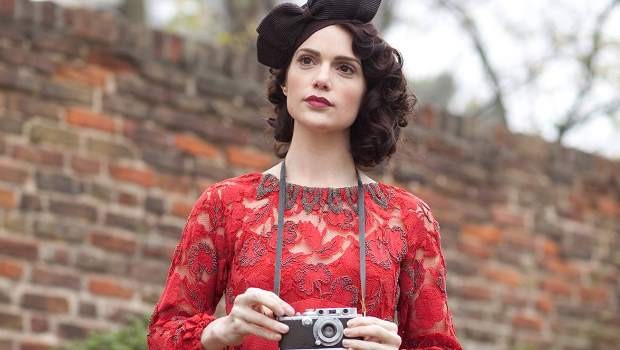 Some quick reviews that did not make it to full review.

1. Dancing on the Edge

Dancing on the Edge, Stephen Poliakoff’s latest production for the BBC, promises so much. Set in 1930s London, its the story of Louis Lester (Ejiofor) and his eponymous jazz band. Spotted by journalist Stanley (Goode), the band are soon booked to play in top hotels, endorsed by royalty, and mixing with everyone from Nazis to Freemasons. But when singer Jessie (Angel Coulby) is murdered, suspicion ‘naturally’ falls on Louis, all his new friends melt away and he realises that this is still a white man’s world in which he will never get a fair trial.

Dancing on the Edge is beautifully lit and filmed, with lingering shots of corridors and fantastic costumes. The cast gamely wrap their tongues around the clipped, sometimes stilted dialogue, and look ravishing. But it isn’t the exploration of racial attitudes that I was expecting, nor is it a murder mystery. It moves at an almost glacial pace, and instead of breaking new ground, Poliakoff returns to the familiar upper class milieu that he is comfortable with. A disappointment.

Michelle Williams once again proves what a fine actress she is in Sarah Polley’s sophomore film, so funny to think of her as Jen in Dawson’s Creek. Here she plays Margot, a frustrated novelist living happily enough with her husband Lou (Rogan), a kind and loving man with whom she has settled into a routine of domesticity, baby talk, and play wrestling-as-a-substitute for sex. But something in Margot isn’t satisfied, and when she meets Daniel (Kirby), her cute and flirtatious neighbour, and sparks fly between them, she is intrigued. Could Daniel be The One? And if so, where does that leave her marriage?

Polley’s film looks at what happens to love in relationships – what happens after we say ‘I do’, when the excitement fades, what’s left? She answers this question for us (in a slightly unnecessary shower scene) – Margot and her friends discuss the charm of novelty, and an older, wiser woman comments wryly ‘new gets old’. Presumably Lou was once just as exciting as Daniel seems now, and Margot really ought to grow up and stop expecting other people to make her happy. She is a strangely arrested character, with her fear of being in transit (over egging the pudding perhaps?), her cutesie wardrobe (pompom tennis socks and all) and her inability to commit to a future with Lou.

Not the ideal film for a first date, but highly recommended for the outstanding performances and soundtrack.

While fellow Being Human alumnus Aidan Turner is in the big budget Hobbit, the lovely Lenora Crichlow has pipped him to the post. Jogging into cinemas this weekend comes Fast Girls, a shamelessly feel-good Olympic cash in which may ride the waves of patriotic euphoria brought on by the Jubilee weekend. Crichlow plays Shania, a supremely talented runner from the wrong side of the tracks who somehow finds herself on the GB squad. Her inclusion raises the hackles of middle class Lisa (James), as the two compete for attention both on and off the track (their physio therapist, played by Merlin’s Bradley James, is very easy on the eye). Their natural antipathy is increased when coach Tommy (Clarke) asks them to train together for the relay; Shania declares that she is not a team player, while Lisa simply curls her lip disdainfully. Can they overcome their differences and learn to work as a team?

Predictable and fluffy as it is, Fast Girls is fun and entertaining, played with real conviction by its young cast. Kidulthood writer Clarke is behind the reasonably witty script, and the finale will have you cheering on this fantasy Team GB. Its also a pleasure to watch a film that features a large number of non-white leads – and women at that. Now, how to get a six pack like that…

Nordic Noir has taken the world by storm; literary and cinematic sensations have included Stieg Larrson’s Millennium Trilogy and television’s The Killing, and now Jo Nesbo, best-selling author of the Harry Hole novels, has his first film outing in the form of Headhunters. Its the story of Roger Brown (Hennie), a very successful corporate headhunter. Married to the beautiful Diana (Lund), a gallery owner, Roger has a guilty secret. He can only afford the modernist house he hates, the expensive cars, the lifestyle he must preserve to keep Diana happy, by stealing works of art. So when he meets Clas Greve (Coster-Waldau), the perfect candidate for a high paying job, who has just inherited a lost Rubens, Roger thinks all his Christmases have come at once.

But nothing is ever that simple, and poor Roger soon realises that Clas is a headhunter of a very different kind…

Lacking the weightiness of Millennium, Headhunters is a lot more fun. The beautifully coiffed, debonair Roger ends up literally covered in shit; at one point he is saved from death in a car crash only because he is sandwiched between two obese policemen. Its an amoral tale, but gradually we come to sympathise with Roger’s plight, pitted against a human Terminator in the form of Game of Thrones’ Coster-Waldau. Smart, engaging, witty; Mark Wahlberg is rumoured to be making an English language version.

You wait ages for a film about Snow White and then two come along at once. First off the blocks is Tarsem Singh’s Mirror Mirror, a light hearted and amusing retelling from the point of view of Snow White’s (Lily Collins) wicked stepmother (Julia Roberts), who is not merely obsessed with her own beauty but is also taxing the kingdom to bankruptcy to pay for her extravagant lifestyle and enormous frocks. Snow White has been utterly cowed, but on her eighteenth birthday discovers a weeny bit of gumption remains, and leaves the castle. Discovering that her father’s happy kingdom has been bled dry, she joins forces with the seven dwarves, bandits on stilts, and robs the queen’s servants in order to return the money to the commoners.

The queen’s solution to her financial issues is to enchant the wealthy Prince Alcott (Armie Hammer) and trick him into marrying her. Of course Alcott is really in love with Snow White; can she break the spell, save the kingdom, and kill the evil Beast that inhabits the forest? She can indeed. Mirror Mirror is a fluffy, light and sometimes very funny piece of whimsey; a pleasant way to pass a couple of hours.

6. The Woman In Black

Widowed lawyer Arthur Kipps is dispatched by his office to settle a client’s estate; he soon discovers that there is a mystery hanging over Eel Marsh House, an isolated, gloomy mansion regarded by the locals with suspicion. The villagers react to Arthur with the sort of courteous welcome normally extended to plague carriers, especially when children start dying, linked by all to the appearance of the ghostly Woman in black…

With the ghost of a certain boy wizard hanging over him, the Woman in Black is Daniel Radcliffe’s first venture into adult lead roles, and its safe to say he pulls it off. It helps that the film is a period piece; mutton chop sideburns and formal clothing transform him physically, and playing a young, bereaved father is a far cry from Hogwarts even at its gloomiest. The film itself, while not wildly original, is deftly handled by director James Watkins (Eden Lake) with plenty of old-fashioned scares and jumpy moments, maintaining heightened tension throughout.

Extremely Loud and Incredibly Close is based on a novel by Jonathan Safran Foer that I struggled with and failed to finish; nonetheless I was intrigued by the trailer and was looking forward to the film. Its the story of Oskar Schell (Thomas Horn), whose world falls apart when his father (Tom Hanks) is killed on 9.11. He and his mother (Sandra Bullock), never that close, seem divided further by grief. Being the sort of child who seeks patterns in seemingly random things, Oskar is excited when he finds a mysterious key marked only ‘Baker’; he is determined to find the lock that the key fits and sets out to visit every Baker in the phone book, accompanied by his grandmother’s silent lodger (Von Sydow).

Stephen Daldry’s film has been nominated for an Oscar, and I have no idea why. It’s not terrible, but it’s cloyingly sentimental, and unfortunately it hinges on the performance of Thomas Horn who is in pretty much every scene and who I found remarkably annoying and unsympathetic. There is a great film waiting to be made about 9.11, but this, sadly, isn’t it.