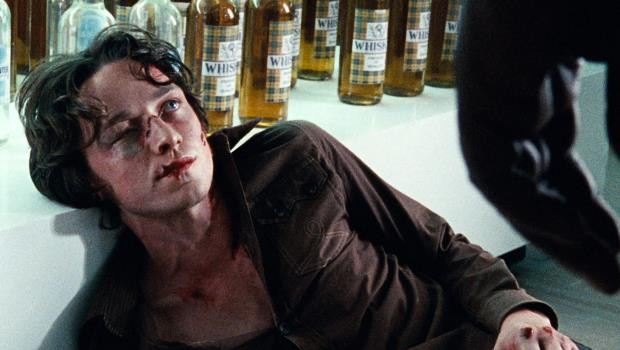 A discussion with the star (James McAvoy) and director (Kevin Macdonald) of The Last King of Scotland.

How did you go about finding the right actors to play Nicholas Garrigan and Idi Amin?

Kevin: James and I have different versions of this… I first met James when I started looking for someone to play the doctor in the film. I’d seen him in lots of stuff, but I thought he was on old Etonian, Oxbridge actor because he’d always played these snooty upper crust characters. I was surprised when he walked in with a Scottish accent. Instantly then I thought he was the right person to play the role. That was about 8 or 10 months before we got anywhere near making the film as we had to sort out the money and get everyone in place.

He said that as an African-American it is important to him when he first went to Africa. He said he’d been invited so many times but felt now is the right time to go. I said to him that I’m not 100 percent convinced, not in those words, and he said let me come back tomorrow and read a scene and he did and was fantastic. He that explosive quality that I’d not seen in his work before and he had the ability to terrify, which is so vital to the story.

James, did you talk to Forest about different approaches to acting out the scenes or did you come to it from different angles?

James: We came at it from very different angles. Forest was very concerned in getting very hands on and very in touch with his character and in touch with the African man, because as much as he’s a black man, he’s not an African man. It was a lot about that and getting inside the head of Amin. His process was very insular and was all about him. That’s not to say he wasn’t talkative about the scenes. We would talk a lot.

My process is incredibly different to his. I’m not quite so method-y. In saying that, Forest wasn’t all in to himself like I think a lot of method actors can get. I have so much respect for him in that he did do the method process but while thinking about his character and his truth, he was also open to having a discussion about the scenes. This film as much as its a thriller, its a thriller that relies upon a relationship and that relationship between two actors – an older, more experienced, starry actor was able to go “let’s have a dialogue you and me, you young Scottish inexperienced”. He was still letting me in.

You use a lot of locations where the incidents portrayed actually took place, what do you think you gained from this?

Kevin: I think it gains a lot. Most films set in Africa are filmed in South Africa, because they’ve got an industry. Comfortable hotels and Winnebagos, all those things actors want. There is a very limited structure of any kind in Uganda. But what you do have is this extraordinary sort of place, with extraordinary architecture, with a texture, a flavour, a sell that’s never really been captured before. That’s quite exciting as a filmmaker. My priority was to go and do it in Uganda.

We actually had the support of the President of Uganda, President Museveni. We explained to him what the film was about, what our approach was, which was like going for a meeting with studio executives. He’s very smart, he understood what our point of view was, what we were trying to say about Amin and the post-colonial era, that Amin was like a Frankenstein’s monster created after the colonial era and thought this was something he wanted to get behind. He gave us a letter ‘give the bearer of this letter any help they wanted, yours sincerely the President’. We’d go about waving this… That was the only way we could make it could work.

It was an exhausting process of production. We weren’t sure when the tanks were going to be there, how much to tip the tank driver or this soldier. But we all loved the place, we all made friends there, all felt very warm about it, there was never a moment when I thought ‘god damn it, I want to get the hell out of here’. I loved it.

James, did you look into the back story of Uganda or did you just want to work with the script and the situation that you had?

James: I knew a little bit about it from school. I made my judgement on the script – if the script doesn’t stand up on your first reading, there’s not point in going into the history of it. It stood up on its own without me doing any further research.

And I don’t just mean Amin, I mean Uganda, I didn’t want to know what the communities were going to be like that we were working in. The villages we were working in at the beginning of the film, I was a bit freaked out by it because I’d never been involved with anything like that before and it is a very freaky experience, even though we see it on the news and know how to rationalise it. When you’re in it, it is very different. I just hoped that was useful to the film to capture that.

Kevin, you said the film was a bit of a gamble from your point of view as you felt you didn’t have a great deal of experience of working with actors, so you’ve got to have an authoritative film about Uganda in that period but you’re also exploring it from the point of view of a character who doesn’t know much about it.

Kevin: But that was also the ‘in’. One of the criticisms people always make about films about Africa is that they come from a white perspective. I think that’s a bogus, very PC kind of criticism. Of course if you’re a filmmaker from the UK who makes a film about Uganda or Namibia or Angola as though you were an Angolan or Namibian, I don’t think you’d get it right. You can only look at the world from your own eyes, through your own culture. This film isn’t about Uganda, it’s about the relationship between a Ugandan and a Scot. It’s about the coming together of two different cultures, which is something I could say something about as I was coming into another culture to make the film.

James, your character has his dark moments in the film – did you find it difficult to locate the darkness within yourself?

James: I think its scarily easy to find. I don’t think its difficult to imagine yourself, if you’re honest, doing really bad things. What makes someone good or bad is deciding not to when you want to. Hopefully I wouldn’t want to, hopefully I wouldn’t be as arrogant and egotistical and self-serving as Garrigan. He’s not an evil guy, but he is all these things. In that situation, I was playing someone who wasn’t humble enough to not follow their dick, at one point their ego, at one point their job. I think for me I always saw Nicholas as the British imperialist, he might have been young and it might have been the 70’s and he might have been a bit left wing, but he was still a young imperialist. In that he selfish, he corrupts and destroys.

The film shows how seductive that scenario might be, with the parties and the music, you can imagine how that character might loose their morality.

Kevin: The film is based loosely on Giles Foden’s novel, and one of the criticisms of the novel is that the central character is so passive, so unsympathetic. We needed a character that was much more sympathetic. At one stage at Nicholas was going to becoming involved in torturing characters in the aircraft hangar, but that was something that the financiers said ‘wow – don’t go there’ and of course in the end I thought psychologically it wasn’t right for the film.