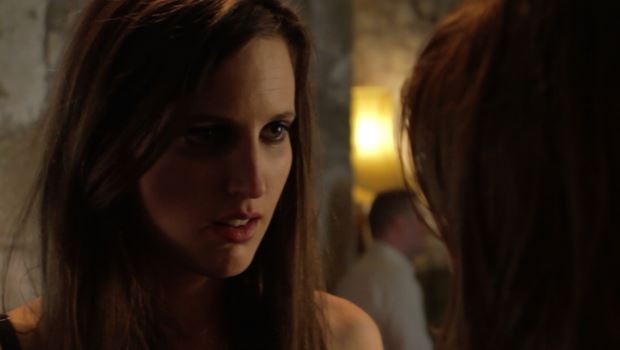 Filmmakers are often forced to make both sacrifices and gambles along the route to achieving their vision. The short film, so often the cinematic staging post for fledgling filmmakers, can prove to be a monetary bridge too far, when ambition comes into direct conflict with harsh economic reality. Single-minded determination alone is seldom enough to see a project through from start to finish; cold, hard cash is also essential to the creative process. All filmmaking is expensive and when the cash runs out the cameras stop rolling.

In a sensible and pragmatic move, the Film Council has engineered a “Short Film Completion Fund” as part of its ongoing initiative to identify and develop new talent in film. Unfinished films, those that have finished shooting but run out of funding prior to completion, are allocated financial resources in order to be wrapped up in the post-production phase, resulting in a greater number of quality short films illuminating cinema screens.
The first batch of shorts to benefit from this new scheme were premiered on Monday 7th April in London. Each short displaying enough quality to suggest that the public money ploughed in was very well spent.

A typical pub conversation gets out of hand for two men (or possibly the same man in conflict with himself) in this choppy, fast-moving puzzle of images. The discussion focuses upon whom amongst the great and good the two men consider cool, prime for execution and worthy of a shag.
Each individual takes his turn to reel off the names, and some reasons for their inclusion, accompanied by a flow of images running over the soundtrack. The result is a flashy and fluid short, that cannons along at an enjoyable pace thanks largely to the fast editing style and some innovative camera work. The success of List³ relies upon a certain type of knowledgeable viewer who can make sense of the quick-fire imagery on display, without this one could easily get lost in the swamp of cultural references.

Divine is a charming and funny look at the impact of religion on a young girls’ life. Ten-year old Angeline (Hannah McLeod) looks to the magical elements of her Roman Catholic faith to deliver her from the purgatory of her life. Sandwiched between her popular younger brother, who wins all the family plaudits, and the school weirdo, Angeline decides that she will be a saint.

The real success of Divine lies in the naturalism of the performances at the heart of the story. All the pre-teen main players seem completely adept in front of the lens, offering an insightful glimpse into the world of children. The tone of the film is light-hearted, and playful, incorporating a number of evocative fantasy elements, without ever being patronising.

A group of twenty-something friends are sitting around trying to act sophisticated, quaffing wine from globular glasses and discussing relationships, when Cheryl is compelled into action to cure her unwanted state of celibacy. She wanders out into the night to find a no-strings, one-night-stand, only what she finds becomes a little bit more tangled.
Friday Night In is a conventional relationship poser, which lacks any real cinematic panache. It contains many televisual elements derived from sitcoms of a similar subject matter. Nonetheless it is cleverly executed, with an interesting twist that raises an eyebrow or two.

The oppressive future brought atmospherically to life with some clever digital effects and a little sprinkling of black comedy. In the year 2050 pork and dairy are illegal and the human race is free of freewill, well almost. Those who have been very well behaved are allowed a trip to the 200th floor of the government offices for some banned substances and more besides. Ozone is expertly created, featuring some stylistic touches that are uncommonly luxurious for a short film. The filmmakers, Nick Brooks and Laura Kelly come from a visual effects background, and their skills dominate this production; transposing the baroque setting of Prague with superb production design. The result is an absorbing and witty showcase.

Day of the Subgenius

The pick of the bunch as far as I am concerned, this mixed-media marathon is innovative, ambitious and brimming with quality. Essentially an animated mish-mash, Day of the Subgenius, incorporates live action sections and stop-motion photography with graphical elements to create a sprawling barrage of imagery to accompany the ranting soundtrack; the much fabled “Brag of the Subgenius”, an anti-cult manifesto. The “brag” is spoken by a cacophony of voices, emanating from a demented church in a crumbling city. Civilization is banged to rights in this 7 minute epic, a truly wondrous viewing experience.