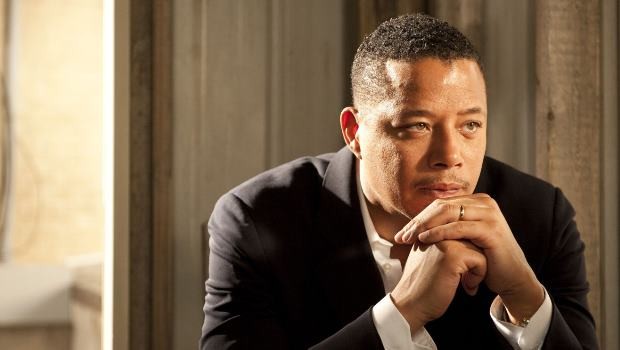 Terrence Howard is best known for his roles in movies such as Crash, Ray and Hustle & Flow, but his appearance in Iron Man will delight comic book fans around the globe. The accomplished actor plays the role of Jim Rhodes in the first superhero movie of 2008 – and the internet is already buzzing with rumours of sequels.

“Everything is pending on how this first movie is received,” admits Howard as he sits down to chat to Future Movies. “But judging from events like Comic-Con, I think this movie is going to do well. We’ve got a huge hurdle to get over, though. Transformers was the bomb last year, as was 300 before it… This is a new age for sci-fi and special effects – and we’ve got to match that.”

So what’s in store for Marvel fans? Who exactly is Jim Rhodes? And what was it like to fly the skies in an F-16 for the role? The actor reveals all to Adam Tanswell…

What was the most mind-blowing moment for you on the set of Iron Man?

Terrence Howard: We had an entire Air Force base there, which was pretty crazy. We didn’t have to put a couple of actors in uniform; we had an entire Air Force base. We shot in a B-1 and used F-22s and the whole thing could cost $10million in one day. In one day! Together, Crash and Hustle & Flow cost $9million to make – and we spent more than that in one day on some of the shots in Iron Man. That is mind-blowing. It’s crazy.

Did you feel like a kid on the set with all these airplanes flying around?

I’ve heard you get to shoot some pretty big guns in the movie, too…

Terrence Howard: Yes, the M-50s, where the bullets are huge. If I shot a huge door like that [pointing at a solid door in the interview room], it’d fall off. And they let me use live rounds, too. You’re in the middle of the desert shooting something 300 yards away and watching it go to pieces. You’re able to split a bus all the way down from 300 yards. Dude, that was madness.

Do you think the movie will do well with a young audience – or is the action too intense?

Terrence Howard: Young audiences are going to love this movie – even with all the intense action sequences. It has to because this is one of the few superheroes that any child can become. With the X-Men, you had to be born with that mutant gene. With The Avengers, you had to have flown through that cosmic cloud. How many people can do that? Anyone who watches this movie with an imagination and ingenuity to run some electrodes through a suit and create a repulsor ray can become Iron Man. Any child who wants to become a scientist can create this suit. We all can be Iron Man. We all have that ability within us.

What’s your character’s relationship to Tony Stark – aka Iron Man – when the movie starts?

Terrence Howard: I’m a liaison to Stark Industries for the acquisitions department of the United States Air Force, so the person I deal with directly is Tony Stark. That’s who I deal with every day. I say, “This is a viable weapon, this is something we might be able to use, this is something the Marines might be more willing to buy…” We have a friendship from being at MIT together and we’ve built that into the back story. I’ve known him for 20 years and I’m friendly enough to be real with him and tell him when he needs to look after himself or whatever.

What do you think of Tony Stark?

Terrence Howard: When Stan Lee first introduced the Iron Man characters in the seventies, it was a time when the world was in social upheaval because of a lack of accountability with the government – the lack of moral judgement with how smaller countries were being treated. And here was a man who decided to stand up and make a difference. Someone who could benefit or profit from it said, “No, I don’t want to profit at the cost of losing humanity.” I think he’s great.

Is this underlying message important to you?

Terrence Howard: Yes, because I think these are the only ways you can make statements against the government that will be lasting and that might have an impact. Why? Because children will look at this and know that certain things are not acceptable. At certain times, somebody has got to stand up – just like in that Kenny Rogers song, Coward Of The County. Like Kenny Rogers says, “Sometimes you’ve got to fight when you’re a man.” That’s what I love about Iron Man because he decides to stand up and fight. That’s a positive message I’m proud to be part of.